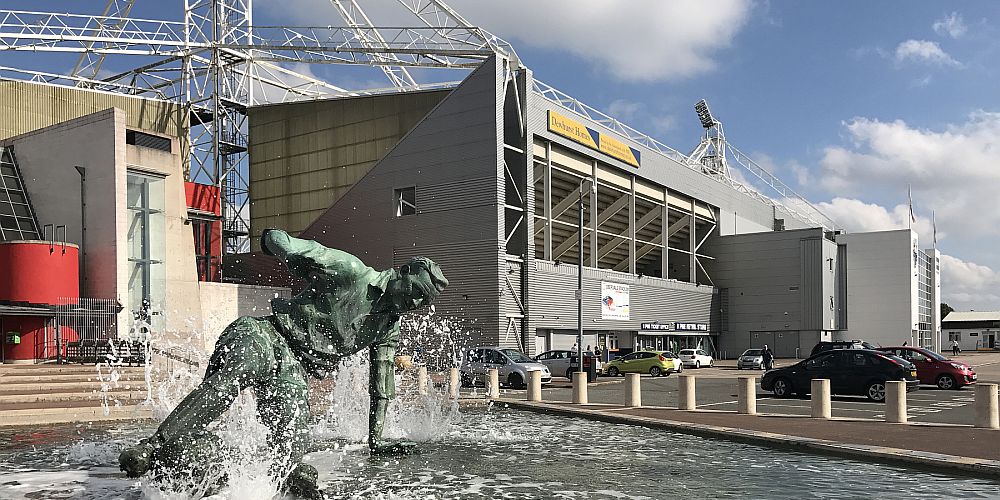 Having played two games at the same time against Shrewsbury Town and Tranmere Rovers, we travel to Deepdale this afternoon to take on Championship club Preston North End as we step up our preparations for the new season.

It will be a little different than previous seasons today with no spectators permitted but this is no one off visit for us as a Premier League club. We played them pre-season ahead of our 2014/15 Premier League season and more recently were also there in 2017 and 2018.

Looking back at that game in 2014, only two of the current Burnley squad featured that day. Ben Mee was at left back in a Burnley team that led 1-0 at half time with a goal from regular pre-season goalscorer Lukas Jutkiewicz. In front of a crowd of just under five and a half thousand, Preston came back after the break. Alan Browne levelled things before they went on to beat us after they’d turned it into an over physical affair. Their winner was a stunning free kick from young midfielder Josh Brownhill. It was a finish worthy of winning any game, let alone a friendly.

We had to wait three years for our next pre-season visit although I think most Burnley fans will remember a league visit in 2016 when a Joey Barton free kick, not quite of the quality of Brownhill’s, left well over five and a half thousand Burnley fans in the Bill Shankly ecstatic.

The two more recent friendlies there have both ended with wins. In 2017 we were a goal up at half time through Jon Walters with Sam Vokes making it 2-0 early in the second half. Although Sean Maguire pulled one back we ran out 2-1 winners on the day that Sean Dyche had boosted his full back options with the signing of Phil Bardsley announced shortly before kick off.

One year on and we played them just three days before our Europa League qualifier at Aberdeen. We thought nothing of it when Tom Heaton was replaced at half time by Adam Legzdins but that minor injury led to Nick Pope starting in Scotland and subsequently picking up a serious injury.

Josh Harrop gave North End the lead in this one midway through the first half but Aaron Lennon quickly equalised. In the second half it was the reverse with Dan Agyei scoring for us and Callum Robinson netting for North End almost immediately. It was our night though; youngster Dwight McNeil scoring our third six minutes from time.

Now to today, it will be another game where we’ll probably make a number of substitutions but it could be the day that our one summer signing Will Norris makes his debut given that both Nick Pope and Bailey Peacock-Farrell are now away on international duty. We will also be without Robbie Brady.

Preston have already kicked off their competitive season having beaten Mansfield 4-0 in the first round of the League Cup three days ago. They now face three games against Premier League clubs; they travel to Bramall Lane and Goodison Park to play Sheffield United and Everton after today’s game.