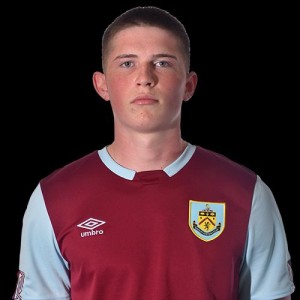 Under-23 striker Will Harris joined Warrington Town recently on loan having spent the first half of the season at Colne, but the Warrington Guardian reported three days ago that the player has been recalled by Burnley.

Warrington, whose game was called off over the weekend, have moved quickly to replace him but further reports from the area have suggested that Harris has been recalled by the Clarets to enable him to go on trial to League One club Sunderland as part of their development squad.

Harris, who hails from the north east, joined the Clarets as a scholar in the summer of 2017 and last summer won a third year as he stepped up into the under-23s. However, he’s rarely played for us due to the loans.

He had a hugely successful time at Colne, scoring nine goals in twelve games, and that led to us moving him to Warrington at a higher level for the second half of the season.

None of the three clubs involved – Burnley, Warrington or Sunderland – have commented at this time, the news came directly from the Warrington Guardian.