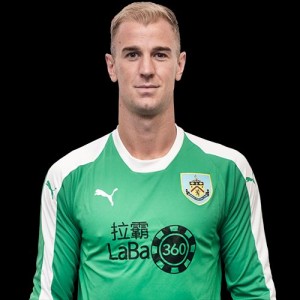 During the current crisis, a lot of organisations are losing money and that is very much the case for hospices around the country.

Our local hospice will be very much in need and that’s the same for the Severn Hospice in Shropshire who are now losing substantial amounts every week and organised an online quiz to raise some much needed funds.

Shrewsbury born Burnley goalkeeper Joe Hart, who kicked off his career with his local club, stepped in to act as question master on the sports rounds with the quiz, which attracted more than 250, raising some £3,400 for the hospice which is run on three sites at Bicton, Shrewsbury and Telford.

The charity’s fundraiser, Hannah Gamston, thanked Hart and said: “It was brilliant. We had some lovely comments on social media and everyone who took part seemed to really enjoy it.

“Huge thanks to Joe. It was so lovely of him to get involved, he was such a gent, the quiz went so well, we hope to hold another one soon. ”

Hart is not the only Burnley player to be involved with his local hospice. Jay Rodriguez, who is an ambassador for Pendleside Hospice, is now part of their ‘Keep Your Hospice Open’ campaign while Ben Gibson continues to support the Teesside Hospice as an ambassador.