Like so many young players at the big clubs, his first team appearances at City have been restricted to the cup competitions although he’s played in 57 league games at three other clubs while out on loan. 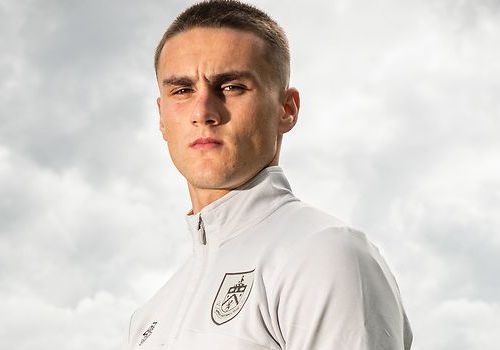 His first team debut for City came in the League Cup at Preston in September 2019; he played in a strong looking side that won 3-0 at Deepdale. By the season’s end, he’d also played in the Champions League in Zagreb and in the FA Cup; that was a 4-1 home win against Port Vale when he found himself on the scoresheet alongside Oleksandr Zinchenko, Sergio Agüero and Phil Foden.

In March of that season, just before football was suspended, he was in the Manchester City team that beat Burnley 1-0 in the FA Youth Cup with a goal scored by Liam Delap and a team that also included players such as Tommy Doyle and Cole Palmer.

More cup ties came for him in the first half of the 2020/21 season including a substitute appearance at Burnley when he came on for Kyle Walker immediately after their final goal in a 3-0 win against us, but the second half of that season saw him play nineteen games in the Championship on loan at Blackburn. He kicked off his time at Ewood with a couple of substitute appearances before winning a regular place in the team with seventeen Championship starts.

Last season, he enjoyed two further loans. He firstly joined Anderlecht, under Kompany’s management, and played for them in the Belgian Jupiler League and the Europa Conference League, but his season long loan was cut short to allow him to return to England and join Stoke on loan for the remainder of the 2021/22 season. He was a regular starter for them back in the Championship, making 24 league appearances.

Harwood-Bellis has also represented England at every level from under-16 to under-21 and in March this year he captained the under-21s for the first time against Armenia at Bournemouth.

He’s highly rated at City and Pep Guardiola has again allowed him to go out on loan to work with Kompany.

Harwood-Bellis said on completing the move: “I’m buzzing with it. I obviously knew about it for a while, so I’m happy to get it all done, all the medical stuff done, and to get it all sorted. I feel like this will hopefully be the best season that I’ll have in the Championship with all the experience I’ve got and I’m looking forward to a good season. Hopefully it’s one with lots of success.”

Kompany said: “I am looking forward to working with Taylor once again, and I know first-hand the qualities he will bring to the group. Taylor is a fantastic player and leader with a tremendous mentality that fits within our culture, and he knows exactly what the Championship is all about. We would like to thank Manchester City for allowing Taylor to join us on loan for the upcoming season.”