Burnley were held to a 1-1 draw at home by Hull City this week in what was a standout game for loan central defender Taylor Harwood-Bellis. 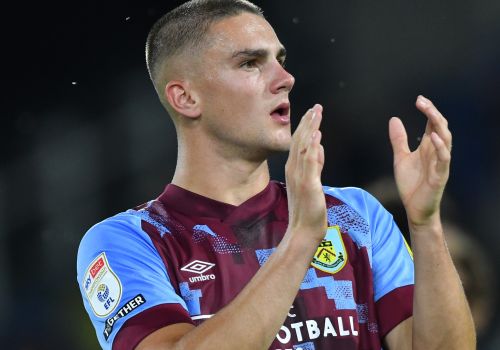 His impressive performance won him both the man of the match vote and the player ratings; it was the first time he’d topped either during these first four games of the season and he was a clear winner in both.

He polled 48% of the man of the match vote, way ahead of Ian Maatsen who took second place with just 13% of the vote. Jack Cork, back in the starting eleven, was third as he secured 11% of the vote while goalscorer Jay Rodriguez claimed fourth place with an 8% share.

This has given Harwood-Bellis the maximum ten points towards the Up the Clarets Player of the Year. Maatsen has won six points with four points for Rodriguez, two for Cork and one point for Cullen.

The lead often switches from game to game early in the season and Josh Brownhill has lost that lead after just one game with Maatsen returning to the top of the table, just one point ahead of Brownhill. Cork, Harwood-Bellis and Cullen are all within ten points of the top place so things could change again with the next vote.

That next vote will be underway today following the home game with Blackpool. The Hull result and the current table can be found below.