Have you attended a Barry Kilby Prostate Cancer Testing Event? 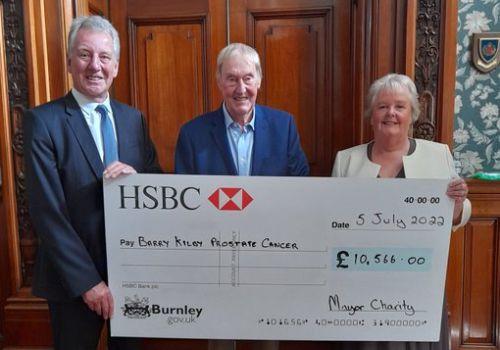 Barry Kilby – a lifelong Burnley supporter, a director from 1998 until the end of 2020, chairman from the start of 1999 to the end of the 2011/12 season and also a return as vice-chairman in the last few of those years.

That’s a long, rich history of being a Claret which started as a young fan and then a member of the youth team although he is no longer a director following the ALK takeover just over eighteen months ago.

As we all know, Barry stood down from the chair ten years ago having been diagnosed with prostate cancer and he has since set up a successful charity – Barry Kilby Prostate Cancer Appeal – which has been of great help to so many who have attended his testing days at Turf Moor, at other football grounds and other sporting venues.

Have you been to one of those testing days? If so, you may be able to help our former chairman. He is now working on a book about his time at Burnley FC.

He would be grateful if anyone who attended one of his Prostate Cancer Testing Events and it made a positive difference to their health and well-being, life changing perhaps, would EMAIL Dave Thomas with their story.