After lots of speculation, Adrian Heath made his first summer signing with the capture of 28-year-old defender Marco Gentile from Dutch club MVV Maastricht.

He’d signed a three-year deal with the Clarets on a free transfer under the Bosman ruling and manager Heath was delighted for Gentile to kick off his summer of signings. He said: “Colin Harvey liked what he saw when he went over to Holland, and I did as well when I went a week later.

“He is a very competitive player and has a tremendous attitude. It took him ten minutes to agree a contract and I am delighted to sign him. Although he comes on a free transfer, we have made a big financial commitment to bring him here, so you can’t have it all your own way with the Bosman ruling. He is the type of player we need to be attracting to the club.” 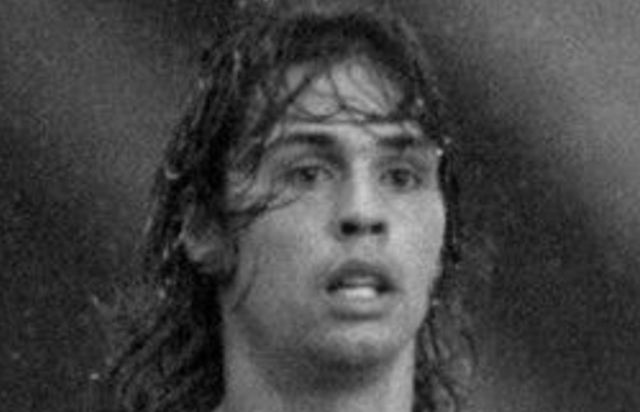 The versatile Gentile was a player able to play anywhere along the back line or even in midfield where Heath was keen to use him. He was thrilled to be at Burnley and said: “It is a dream to come to play in England. We have just been promoted with MVV and I could have stayed to play against the likes of Ajax and PSV Eindhoven, but I have always wanted to play here. England has always been my first choice. In England, players play with heart and commitment, and so do I. I believe English football will suit my style.”

The new signing added: “Burnley have a tremendous stadium and Adrian has told me all about the great fans you have here. I am looking forward to playing for Burnley and I hope to help Burnley to become successful.”

He also confirmed that he was close to moving to England two years earlier. “I was here two years ago with Leicester City,” he explained. “Mark McGhee brought me over and we all but signed a two-year deal. However, before I was due to fly to England, I was told the deal was off for business reasons. I was devastated as our house was sold and we were ready to move.”

Gentile had been with MVV for two years having previously played all his career with Den Haag. Born to a Dutch mother with an Italian father, he had football in his family being the cousin of Italian international defender and World Cup winner Claudio Gentile.

One down and more to come, that was the message from Heath and it was expected that number two wouldn’t be too far behind. This was a midfielder from a First Division club. All speculation was pointing to Birmingham’s Welsh international Barry Horne. Heath confirmed there was a big interest in Horne but he was not the player close to signing.

We’d now also been linked with a young Belgian striker. Heath would only say: “The lad in question is a quality player. We don’t need to bring him for a trial, I would move heaven and earth to sign him. We have to convince him, like Marco, that it would be a good move to come to Turf Moor. We are looking to get him over here to have a look at us, and I am sure, once he’s here, he will be impressed. At the moment we are just waiting for a call.”

One player Burnley did miss out on was central defender Darren Moore who opted to move from Doncaster to Bradford City, a division higher than the Clarets. Heath admitted to being disappointed and said: “We had a look at Darren here, and it will be interesting to see how he fares in the First Division. It might be one we regret letting go, or it might be one I got right, but to be honest, I didn’t see enough of him, and for the money they wanted, I wasn’t totally sure.”

Finally, he again stressed the need for a new goalkeeper although that wasn’t to be West Brom’s Gary Germaine who had been on trial with us and played for the reserves. “We have a couple of things in the pipeline,” Heath said. “We have spoken to a top-notch keeper with regards to putting pressure on Marlon Beresford, and we are looking for a young keeper as well.”

« Search for the goal of the season
Barnes extends Burnley stay »