Three former Burnley players made transfer deadline day moves, two of them on loan, with Jeff Hendrick the highest profile of the three.

The other two were Nathan Delfouneso and Luke Hendrie who have both signed for Bradford City. Delfouneso has joined them on loan from Bolton while Hendrie has signed permanently after his contract at Hartlepool was terminated. 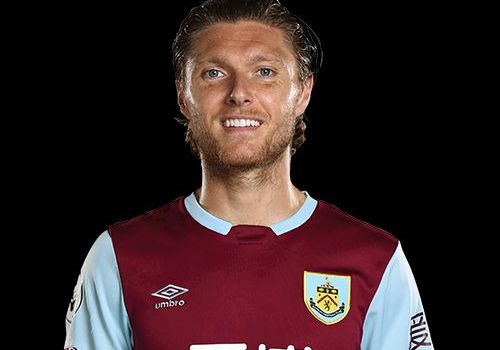 Delfouneso was at Burnley for a short time in 2010/11, on loan from Aston Villa, and scored on his debut at Hull but failed to impress during his time at Turf Moor. Hendrie, son of former striker John Hendrie, was brought in from Derby for the under-23s and he will now enjoy a second spell at Valley Parade having been there previously on loan just prior to his departure from Burnley.

Hendrick, however, has dropped back into the Championship where he last played in the 2015/16 season. He’s made just three substitute appearances for Newcastle this season in the Premier League and has now moved to QPR on loan for the remainder of the season where he’ll join former Clarets Jimmy Dunne, Charlie Austin and Andre Gray.

He celebrated his 30th birthday yesterday and admitted: “It’s been a bit of a crazy birthday, just waiting for this to happen, but I am really excited. I have been following the team throughout the season and you are in a good position in the league. Hopefully, I can come in and help give that last push to get promoted.”

His new manager Mark Warburton was delighted to complete the signing. He said: “I am delighted to bring Jeff in. We are always looking to add experience and quality to our ranks, especially ahead of such an important stage of the season. Jeff has shown his quality at the highest level on the international stage and in the Premier League. He also possesses that Championship experience, too, which can be so important.

“Everyone you speak to speaks so highly of Jeff, of his character and his work ethic and there is no doubt he will add another layer of quality to the squad. The players have worked so hard to build a brilliant dressing room culture, one that has such togetherness and harmony, so anyone we add must be the right character, and Jeff certainly fits the bill in that respect. I am very much looking forward to working with him over the coming weeks and months.”