After just one year at Burnley, goalkeeper Wayne Hennessey has left the club to join Nottingham Forest. 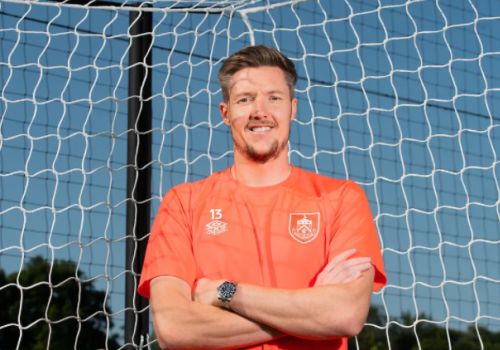 Signed from Crystal Palace last summer, he played just three times for Burnley. He turned in a man of the match performance on his debut in the League Cup at Newcastle, making a string of fine saves during the game, which ended 0-0, and then making further saves in the penalty shoot-out as the Clarets won 4-3 on penalties.

His only other games were in the Premier League at Manchester United and Leeds so never played for us on the Turf although during his time with us he went on to win his 100th cap for Wales; he’s now played a further four times to make it 104.

Speaking ahead of is move back to the Premier League with Forest, he said: “I would just like to say a massive thank you to everyone at Burnley Football Club. The players, the staff and the supporters, who stood by us every week and every game, thank you so much to you all.

“My time was only brief at Turf Moor and it didn’t end how we would have hoped, but I loved being a part of this special club and it will always hold a place in my heart. Good luck for the new season and pushing back to getting where you belong.”

He’s signed a two year contract at Forest where his new manager Steve Cooper has said: “Wayne is an excellent goalkeeper who has proven himself at the highest level over many years. He’s helped Wales reach new heights in the international game and he has a wealth of Premier League experience. However, Wayne is also a great character and he is a very strong addition to the Nottingham Forest dressing room.”

That wealth of Premier League experience has seen him play for both Wolves and Crystal Palace while he’s also played league football for both Stockport and Yeovil during loans from Wolves.

His move leaves Burnley with two senior goalkeepers in Bailey Peacock-Farrell and Will Norris with speculation that Hennessey is likely to be replaced.