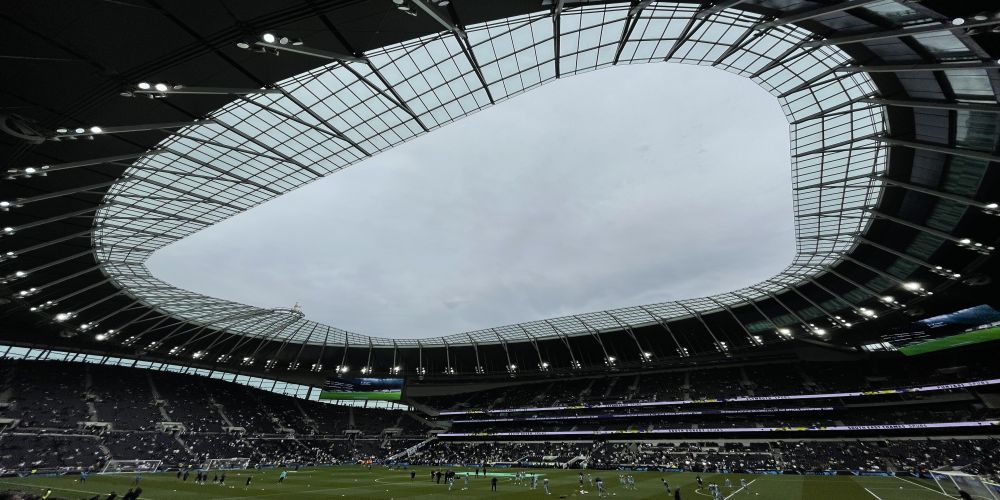 Burnley suffered the most agonising of defeats at Tottenham yesterday afternoon, going down to a 1-0 defeat with the only goal of the game scored in the eighth minute of first half stoppage time from the penalty spot.

When Harry Kane shot wide in the final minute of stoppage time at the end of the half, it looked as though we were going to go into the break level but it wasn’t to be as VAR official Stuart Attwell suggested to the dreadful match official Kevin Friend to go to the monitor. It led to Friend pointing to the spot after the pair had decided that Ashley Barnes had handled the ball. The England captain, who appeared to be making more decisions than Friend throughout the game, stepped up to take the perfect penalty and win the points for the home side with the only goal of the game.

I’ve always liked going to Spurs; I’m not too sure why though given I’ve seen several heavy defeats there over many years. I don’t think I’ve ever had to set the alarm for 4 a.m. for any of my many previous visits. In their wisdom, BT Sport decided that we should have a noon kick off. It’s ridiculous, but for all the Premier League and broadcasters dare suggest that we have their support, they don’t actually give a damn about match attending football fans.

After a trouble free journey down, we were parked up and on the train, reaching the stadium before the team news came through. We knew it wasn’t going to be pretty given the injuries but the lack of experience on the bench was alarming.

Embed from Getty Images
We went into the game without eight experienced members of our squad. Not for a minute am I suggesting that they would have all started but I reckon they’d have all been in the match day squad. James Tarkowski, Ben Mee, Erik Pieters, Dale Stephens, Ashley Westwood, Jóhann Berg Guðmundsson, Matěj Vydra and Jay Rodriguez were all missing. Both Westwood and Vydra have suffered long term injuries in our two previous away games while it would be a major surprise to see Tarkowski in a Burnley shirt again with the hamstring injury suffered against Aston Villa last week expected to keep him out for the remainder of the season.

It meant five at the back, and an experimental line up you have to say with Matt Lowton, a right-back, lined up on the left of three central defenders alongside Nathan Collins and Kevin Long.

Now to the bench. Alongside four experienced players, including Wout Weghorst, with Barnes having been preferred in the starting line up, were five very inexperienced players. Bobby Thomas has played 21 league games, but those for Barrow in League Two during a loan last season. Owen Dodgson can claim a few minutes as a substitute in the FA Cup and alongside them were Anthony Gomez Mancini, Dara Costelloe and Joe McGlynn, none of whom have any first team playing experience at all.

How would we fare with this new system against a team pushing for a top four finish? We thought we might have got the answer in the opening quarter of an hour. With Spurs attacking the end close to the Burnley fans, it has to be said that we saw plenty of the ball in those fifteen minutes as Spurs totally dominated. I remember seeing the clock around that time and wondering just how long we might survive. The one consolation was that, at least, we were surviving longer than on our two previous visits to their new stadium. Two seasons ago we were 2-0 down after just nine minutes; last season it did take longer, there were fifteen minutes gone before they got their second.

Embed from Getty Images
Looking back at that opening, Nick Pope made a couple of routine saves but we defended well, denied them space and got blocks in when required. There wasn’t one huge moment of relief when you thought we might have fallen behind.

We knew it couldn’t go on like that and it didn’t. We started to cause them some problems. Without ever putting the Spurs defence under any sustained pressure, we more than had our moments and, just before the half hour, arguably had the best chance of the half. Collins received the ball in his own half from Long and moved forward, eventually playing in Maxwel Cornet with a superb through pass. Cornet should have done better but he saw his left foot shot saved by Lloris.

As the half progressed, we looked more than comfortable and got to the 45 minutes at 0-0. Up went the board for four extra minutes. Yes, there’d been a stoppage for Cornet but four minutes looked over the top. I just thought, get in at half time at 0-0.

In the last of those four minutes, we had a scare when Lucas Moura pulled the ball back for Kane who thankfully shot wide. With seconds to go, we’d surely got to half time level. Oh no, in stepped the officials. Incredibly, Stuart Attwell, sat at Stockley Park, had this crazy notion that Barnes had handled. Apart from a half hearted wave of the arm from Rodrigo Bentancur, no one on the pitch had an inkling.

Embed from Getty Images
Once Friend indicated he was off to look at the monitor, we all knew what was going to happen and almost three minutes after this non-incident, he pointed the spot with Kane, who said after the game it was a clear penalty, this despite not showing any such thought at the time, unerringly fired Spurs into the lead.

I’ve watched it time and time again. Yes, the ball hits Barnes’ arm but that, for me, is not a penalty and the game of football has some serious problems. I am 100% convinced that it would not have been given at the other end. Poor BT Sport viewers had to cope with them bringing in Peter Walton to back the decision, a shocker of a referee himself in his day, a referee who once booked Burnley’s Andy Gray at Cardiff because, according to Walton, he was getting on his nerves.

The half time whistle blew. I was so deflated because we simply hadn’t deserved that but we gave it everything in the second half, from an early Long header that went just wide to a super strike from Barnes, played in by Dwight McNeil, which hammered against the post.

Don’t get me wrong, we weren’t dominating, and Pope twice made outstanding saves to deny Spurs a second but we kept in the game and with twelve minutes to go we made a double substitution with Lowton, who had done so well in his unfamiliar role and Barnes making way for Aaron Lennon and Weghorst. It had happened in this fixture two seasons ago and again yesterday for Lennon. What a reception the former Spurs winger received from the home crowd.

Embed from Getty Images
It just wouldn’t come, we pushed forward and got balls into the box but when the final whistle blew, we’d been beaten 1-0. As you get older, I think you learn to deal with defeats much more easily. Not this one for me, I was devastated at the end. My head dropped in despair, only lifting it to applaud the players.

They deserved that applause too, every last bit of it. Against all the odds, we’d come here, seen a huge decision go against us, and come so, so close to getting a result. I felt nothing but pride for each and everyone of our heroes out there. They really could not have given us any more.Embed from Getty Images

We got back to the car with a stop booked for four o’clock. Just time to listen to the Leeds game. That put us through more hell and again without the desired result.

At least the stop was good, but it’s one we know well from previous visits and at least we were home early, the one and only consolation of the early start.

But I’ll always remember this day as one where Kevin Friend, the referee who thinks a goalkeeper punching a striker in the head is acceptable, somehow allowed him to be swayed and make a shocker of a decision. Clear and obvious my backside.

It’s left us with two games to go and now we know we might need four points. It’s a tough, tough ask but we can do it.