Hewitt back home via Australia and Wales

Yesterday we reported that Shay McCartan was about to sign for Glentoran in a record deal and today we have news that his former Burnley youth team colleague Steven Hewitt is back home for the 2021/22 season.

He’s literally back home having signed for his home town team Wythenshawe Town after spending time in Australia before playing last season in the Welsh Premier League. 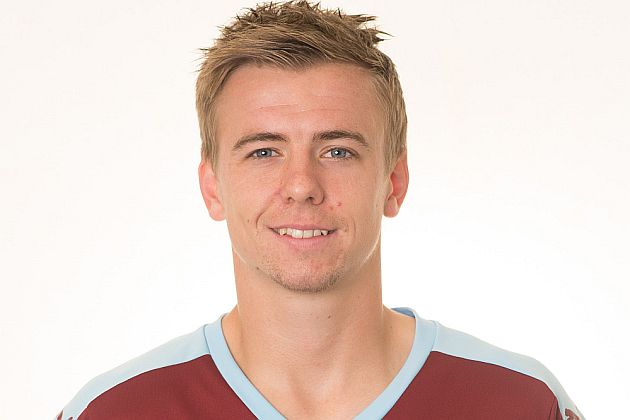 Hewitt, like McCartan, played in the FA Youth Cup run in 2011/12 and scored five goals in the competition, including three from the penalty spot. He also made his first team debut just days before McCartan, coming on for Charlie Austin in a 1-0 home win against Brighton in April 2012.

He made just one more substitute appearance in the league, that against Watford in December 2013 and started in a League Cup game against Plymouth, scoring in the penalty shoot out win.

His time at Burnley came to an end in December 2015 and prior to that he’d had loans at Alfreton and Southport. He joined Chester before playing for both Southport and Accrington; he was alongside McCartan in the Accrington team that knocked us out of the League Cup.

Having left Accrington in the summer of 2017 he signed for Bangor City where he stayed for two years before joining Hume City in Australia. Last season saw a return to Aberystwyth Town but last month he made the journey home to Wythenshawe.

On completing the move, he said: “I’m a Wythenshawe boy so to be given the chance to help your home town team get promoted and up the leagues was too good to turn down.”

Wythenshawe manager James Kinsey said of his new midfielder: “His intelligence on the ball will be vital to all that we do this season. He can use both feet equally as well so he gives us a lot of balance in central areas.

“You can tell he’s played at a very good level and he isn’t even at full fitness yet. I think he will be exceptional for us.”