Home again with Spurs at the Turf 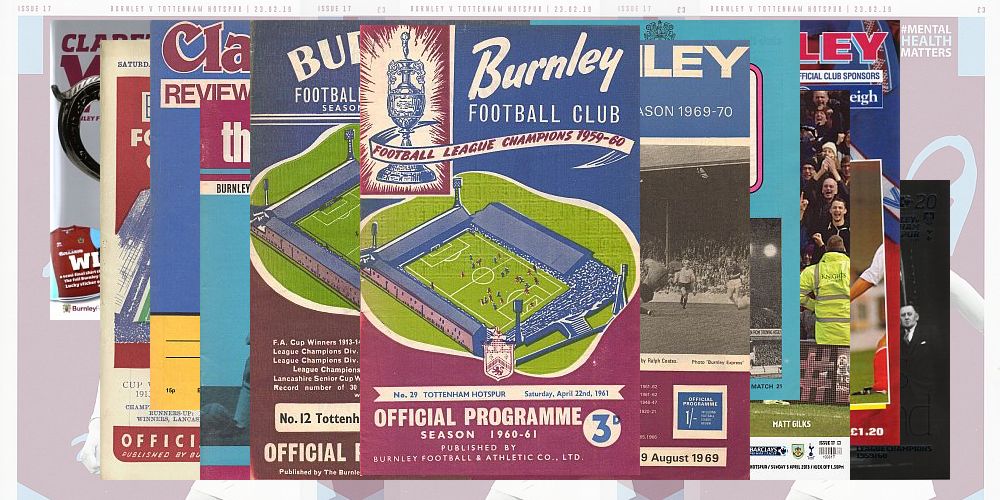 Having drawn 3-3 last Saturday against Crystal Palace, it’s another home game for the Clarets with Tottenham Hotspur our visitors.

Usually, when Spurs are visitors I start reminiscing about all the great games played between the two sides over the years I’ve been watching football. I did so last month and then witnessed a dire League Cup tie that Spurs won 1-0, so no more.

When we went into the Crystal Palace game last week, we were in a position where a win could have lifted us three places. It wouldn’t have as it happened although we would have gone ahead of Leeds. The teams above us generally had a good week last week so we are now in a position where a win could take us above Leeds on goal difference but no further. We could go below Norwich with a defeat but we’d have to lose by fifteen or more.

Sean Dyche has said it; we all know it. We have to start winning games. To have won only one in twelve games isn’t good enough for a team wanting to stay in the league. Every other team, Newcastle apart, has won more although only seven teams have lost less than our five.

The nine points we’ve won from the first twelve games is the lowest in any of our Premier League seasons. It’s the same number as we had in 2018/19 and one less than we’d secured in 2014/15 and last season, but it’s a long way from the 22 points we had at this stage just four years ago.

Embed from Getty Images
Dwight McNeil has spoken this week about his improvement during games when we don’t have the ball but he said: “The mood around the camp is good. We knew we were playing well but weren’t getting the points (in early season), but now we’re picking up points. We need to keep the form going and get the fans behind us on Sunday.”

Needless to say, like everyone else, he was asked about the impact Maxwel Cornet has made. “Max has been brilliant since he’s come in,” Dwight said. “He’s a great player and after coming from a different country, he’s grasped the opportunity and been fantastic for us. He gets on with the lads well and all of us hope the form continues for him.”

McNeil and Cornet will play tomorrow but it won’t be an unchanged team with both James Tarkowski and Ashley Westwood ruled out serving one match bans having collected five Premier League yellow cards.

We know Ashley Barnes is out but, assuming no one else is ruled out, the likely scenario is that Nathan Collins and Jack Cork will come into the reckoning unless we potentially change the formation.

When a new manager takes over a Premier League and wins his first three games, he must think things are going well. That’s what happened to Spurs and Nuno Espirito Santo at the start of this season. They beat reigning champions Manchester City 1-0 on the opening weekend of the season and followed up with further 1-0 wins against Wolves and Watford. They won just two more under Nuno’s management, against Aston Villa and Newcastle, before he lost his job and new boss Antonio Conte got his first win a week ago when goals from Pierre-Emile Højbjerg (pictured below) and Sergio Reguilón saw them come from behind to beat Leeds 2-1.

Embed from Getty Images
They come to Burnley after that shock defeat in Europe against NS Mura but that was a much changed team and they are expected to revert back to last week’s team tomorrow.

Spurs are currently seventh in the Premier League; a win tomorrow will take them above Wolves into sixth place. They have already won twice on the road, beating Wolves and Newcastle. They picked up a point at Everton in a 0-0 draw in their last away game but the other three have ended in defeat at Crystal Palace, Arsenal and West Ham.

The home game against Spurs last season came early. It was the second home game of the season and went the same way as the first with a 1-0 defeat but this one had been a much better performance and we deserved something from the game.

We did well. Ashley Barnes had a goal disallowed for offside and Hugo Lloris was called upon to make saves from Ashley Westwood and Jóhann Berg Guðmundsson with Spurs offering precious little in the first half.

Embed from Getty Images
With less than twenty minutes of the game remaining, the game turned on incidents at both ends. Chris Wood was very harshly pulled up for a handball when I’m certain he would have scored and then Harry Kane cleared a James Tarkowski header off the line.

From there Spurs went down and won a corner. Kane headed it on for Son Heung-min who headed home the only goal of the game. It would be another three games before we got our first win.