You know you are back in the Championship when you see the number of midweek games on the fixture list and tonight is the first of the season with Hull City the first of two home games this week.

We take on a Hull side who are currently second in the table with seven points while we have dropped into midtable which is what you would expect with one win, one draw and one defeat from the opening three games.

If asked to describe our start to the season in one word, I’d probably go for frustrating. We were outstanding in the first half at Huddersfield in the opening game but haven’t lived up to that since and in the last two games it’s been the second half performances that have followed disappointing first halves.

Should we have more than the four points that we’ve won? Probably but the goals scored column explains why we haven’t. While only Blackburn, Watford, Preston and Rotherham have conceded less goals than us, only Preston, Blackpool and Luton have scored less. It’s probably not what we expected with the style of play we’ve adopted but, generally, we’ve looked very good defensively, but we are having problems creating and taking chances despite all the positive forward play.

Not as though any of this should have anyone panic. We’ve only played three games and the four points we’ve won is more than at the same stage in two of the three seasons when we’ve won promotion to the Premier League.

Initially, the influx of new players will mean it will take time although we’ve seen hints of what might be to come from some of them and I suspect when this team clicks we could be in for some very exciting football.

With Jay Rodriguez just coming back from injury, with Wout Weghorst having gone out on loan and with Matěj Vydra having opted to leave, we are somewhat short on strikers and it’s been left to Ashley Barnes to lead the line thus far, other than in the last half hour at Watford when Jay Rod got on. 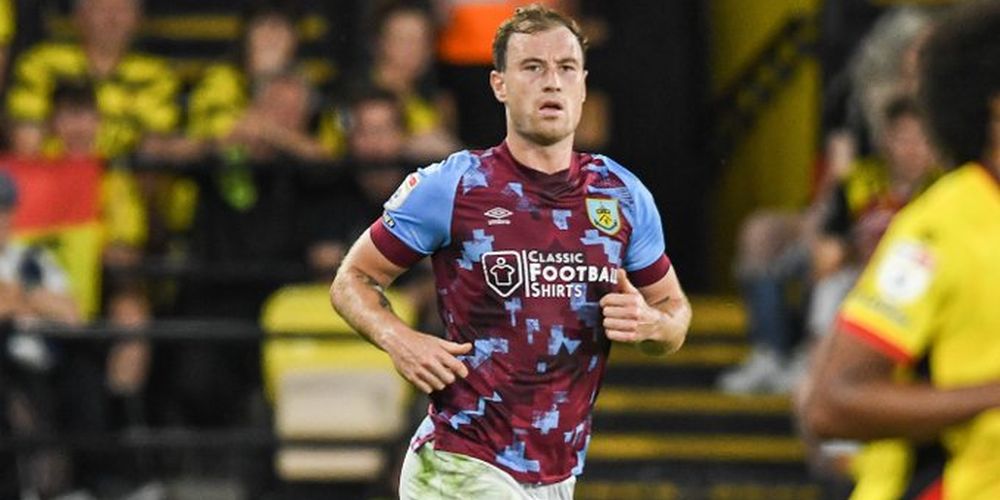 Barnes explained: “The last two games have been the same,” he said. “We were better in the second half. I thought on Friday in the first half we were getting in each other’s way. It’s a learning curve though, it takes a while to gel, we have a number of new players so hopefully we can pick that up.

“We have lots of meetings, we know how the Gaffer wants us to play and hopefully we can pick that up quick. The formation is going well, it’s something new but it shows we can adapt to all formations. I’m finding a new role and it’s about knowing your role properly and what I need to do.”

Working with a new manager, Barnes said of him: “He’s been telling me to just do the basics right, bring others into play, occupy the centre backs and then go and get goals. If I do that, then I’m doing my job.

“I respect him on every level, it’s a pleasure to work with him. You come out of meetings baffled. His knowledge, he’s brilliant, an amazing person who has had an amazing career. He has given us a new way to play, a different style.”

Vincent Kompany has made just one change to his starting eleven so far, that bringing in Manuel Benson for Jack Cork last Friday at Watford. He admitted the exclusion of Cork was a mistake and he brought him on ahead of the second half. I expect Cork to start and captain the side tonight.

We will still be without injured trio Kevin Long, Jóhann Berg Guðmundsson and Scott Twine. Kompany did report that JBG was getting closer but confirmed that Twine would still be missing another couple of games at least.

Should Cork come back, I suspect that Dara Costelloe, who he replaced at Watford, will be the one to make way, and that could be the only change although Vitinho’s latest cameo means he’ll be pushing soon for a start.

Hull is a club that has undergone great change during this year. They finally rid themselves of the Allam family with the club now owned by Acun Medya. He quickly changed the manager, bringing in fellow countryman Shota Arveladze and the change in the squad this summer has seen a number of players arrive from Turkey.

They kicked off their season with a controversial 2-1 home win against Bristol City, coming from behind to win the game. Their equaliser from the penalty spot has to be the worst decision yet this season and the winner was scored deep into stoppage time by former Fulham player Jean Michaël Seri.

A 0-0 draw followed at Preston before another 2-1 home win against Norwich last Saturday with both goals scored by Óscar Estupiñán (pictured below), a Columbian brought in from Portugal.

Embed from Getty Images
Hull have some player unavailability. All of Ryan Longman, Tyler Smith, Greg Docherty, Brandon Fleming, Seri and Doğukan Sinik were all missing for the Norwich game and they could all be ruled out tonight which could see them name the same team.

Hull’s most recent Championship visit to Turf Moor came at a time when we were both chasing promotion to the Premier League. They were top of the league, four points clear of us but we won the game 1-0 through a Sam Vokes goal on 77 minutes and went on to win the title with Hull ending the season in fourth place but going up having won the play-offs.

Early in the following season, they were back at Turf Moor and this time went home with a point although they were somewhat fortunate to do so.

This time, Burnley took the lead on 72 minutes with Steve Defour’s first Burnley goal and it was special. I wrote: “I don’t know how many goals he will go on to score for us but I doubt many of the  will be as outstanding as this.” He scored two more and all three were outstanding in such different ways.

Embed from Getty Images
He received the ball here from Dean Marney just inside his own half. There was a huge roar from the Turf Moor crowd as he took possession of the ball and turned his opponent all in one movement. He then moved forward before hitting an unstoppable shot past Edin Jakupovic from fully thirty yards.

It deserved to win any game and looked set to until Hull won a free kick in the fifth minute of stoppage time. They just happened to have free kick specialist Robert Snodgrass in their team and he cleared the wall and found the net to earn his side a point.

It earned them a draw and a seventh point from their first four games although it was us who had the better season. We ended on forty points to finish in 16th place while Hull went down with six points fewer.