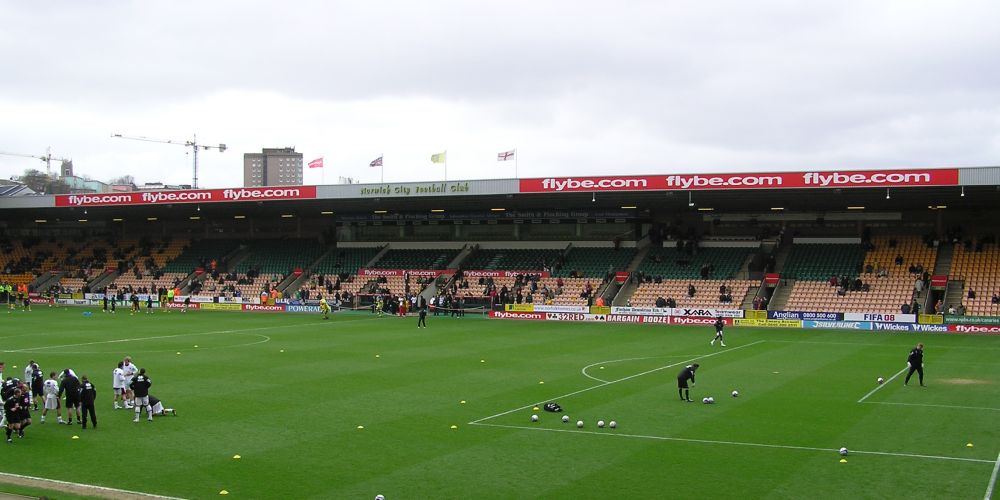 Today was meant to be the day we finally climbed out of the Premier League’s bottom three with victory at Norwich City, or that was the gist of things after we’d beaten Everton at home last Wednesday.

That midweek result took us to within a point of Everton and once they’d lost yesterday against Manchester United our three points at Carrow Road would take us two points clear of them with us both having eight games remaining.

It hasn’t quite worked out like that. I don’t know how well or badly Everton played yesterday, I’ve not seen any highlights, but they beat Manchester United 1-0 and moved four points ahead again. Today was our turn, and it’s fair to say that we got exactly what we deserved against bottom of the league Norwich. We got nothing from a 2-0 defeat from as inept a performance as we’ve seen all season, and there have been some other candidates during recent months.

There is no story of an early departure today or a pub stop on the way. For the fifth time this season, I was unable to make the trip to an away game but this time I was at least able to watch the game as it happened via Sky television. I have to admit, I hate not going, even on days like this when we see the end result, but circumstances have changed and there could be more misses before the end of the season. I think I must have been at school last time I missed this many in one season other than during the pandemic.

So, I was sat in front of the TV when the expected team news came through with Matt Lowton the only change, coming in at right-back for Connor Roberts who took Lowton’s place on the bench. I was confident; we’ve not lost any of the previous four I’ve missed this season and the last time I did miss a defeat when, through health reasons, I was unable to go to Liverpool in March 2015.

Embed from Getty Images
That confidence dropped, albeit not too much, when Norwich had an early shot saved by Nick Pope, but dropped a little more when they opened the scoring with only nine minutes gone. It came from a right wing corner that was only partially cleared to Pierre Lees-Melou whose shot from outside the box went in off the post after taking a couple of deflections. It was unfortunate to concede in that way but the concern was in not clearing the danger in the first place.

Pope had to save well again to deny Teemu Pukki and for the first quarter of the game there was absolutely no threat from us and none of the energy and real desire we saw against Everton. Only a snap shot from Maxwel Cornet lifted the gloom but in the closing stages we did threaten to get back into it. Josh Brownhill left James Tarkowski in despair when he lifted a free kick over the bar, we won a string of corners, Sam Byram blocked a Wout Weghorst effort and either side of that Ben Gibson got blocks in to deny Ashley Westwood and then Lowton. “Norwich are hanging on,” Alan Smith said on Sky, and they were but the half time whistle went with us 1-0 down and hope of better to come in the second half.

What we didn’t know was that the little spell before half time was our best spell of the game and one big chance apart, we rarely threatened Norwich in the second half, making it easy for them. For the opening period of the half, we were so poor, and Sean Dyche made changes earlier than we usually expect. Matěj Vydra came on for Weghorst and then Dwight McNeil replaced Aaron Lennon.

Almost immediately, McNeil set up the chance of the game for Maxwel Cornet. It was a perfect cross in from the left and Cornet should have scored comfortably at the far post but somehow put it wide. We should have been level, absolutely no doubt about that, and the glass half full in me would have thought we’d have then gone on to win it.

It didn’t go in, we didn’t offer much more, if anything, and just to rub salt in the wound, Pukki got a second from the home side with just a few minutes remaining to give them a 2-0 win and their first top flight goals against us since 1976.

Embed from Getty Images
There’s not a lot I can write in summing this up. It really was inept. There was no obvious drive, no desire, it was almost as if we were going through the motions yet it was just about the same team who had given us everything at a noisy Turf Moor in midweek.

It’s left us exactly where we were a week ago in terms of Everton, just about the only team we can catch now with the group just above them all winning this weekend. We are four points behind again and now with two fewer games to play than we had a week ago.

We are not down and out yet, that’s for sure, but the confidence is draining from even the most optimistic of supporters. But football is football and we all know things can change. We could put pressure on Everton with a win next Sunday at West Ham. That will be a difficult game, a really difficult game, but with eight games to go we really can’t give it up yet, even though a lot of fans are resigned to relegation and, yes, even my half full glass is beginning to empty.