It’s cup day at the Turf 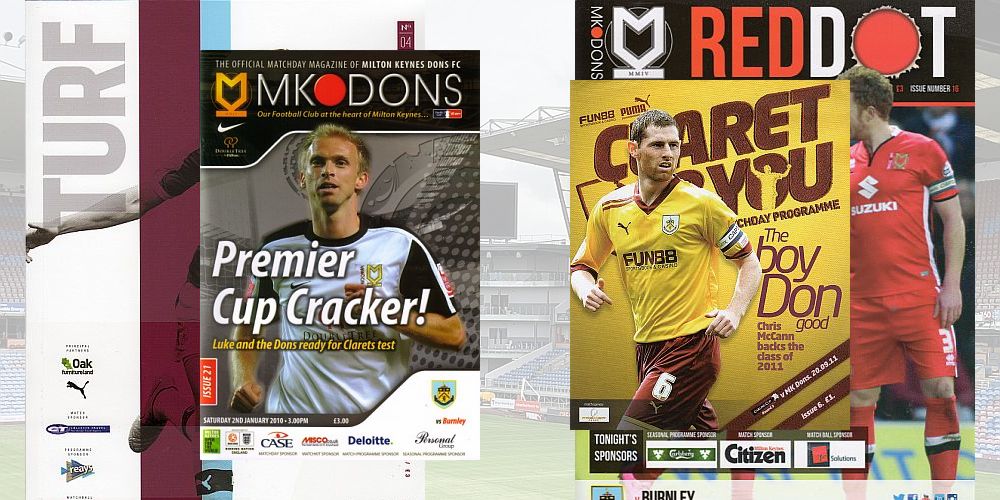 It’s FA Cup 3rd round day today, a day that years ago was one of the biggest on the football calendar and a home tie, against any opposition, would have attracted a big crowd to Turf Moor.

I remember my first game watching the Clarets in this competition; it’s just about 60 years ago, a 3rd round tie against Bournemouth played on 7th January 1961. We won 1-0 with a John Connelly goal twelve minutes from time in front of a crowd of 24,817.

When we kick off tomorrow it will be the first time we’ve played an FA Cup tie on the Turf since that date that I’ve not been to. I suppose all runs come to an end and this one will because of the current circumstances which means we must play behind closed doors.

I’ve seen some outstanding games over those years, 84 of them in total if you include the away game against Hyde that was switched to the Turf. I saw us hit six against QPR in 1961/62 on the way to Wembley and there was another six against Altrincham in 1981/82, a season that started horribly but ended with us winning the Third Division. In 1966 we went one better and scored seven against Bournemouth with Andy Lochhead getting five of them but if I have to pick out a favourite then I think I’d go for the 3-1 win against Everton in 1962.

Tomorrow, instead of being stood with my dad on the Bee Hole End, or standing at the cricket field end or, more recently, sat in the Longside, it will be the FA Player and hoping we can win through to the next round, something we’ve managed to achieve four times in the last five years. I’m old enough to remember this competition in its pomp and I really would like a cup run.

Embed from Getty Images
I’m not the only one hoping for a cup run. So is Phil Bardsley who is hoping to get back into the team having dropped out because of COVID and then picking up an injury. He said: “I don’t know what side the manager’s going to select but it would be nice to get some minutes. It’s been a while since I’ve played due to the illness and then a few niggles along the way.

“It’s good for the players who haven’t been playing regular football. The lads have been doing brilliant in the league. It’s important for the lads who haven’t had a lot of minutes to get fit and show what they can do.”

He added: We’re under no illusions, it’s going to be a tough game. They will be underdogs coming here and it will be up to us to step on the pitch with the right attitude and the right mind set to try and get through to the next round. We’ve managed to pull City the last few years, which has been difficult, but hopefully this year we can get a decent run and try and get to a final.”

I think Bardsley will play. I think Dale Stephens will and if deemed ready there is a chance we could see both Jόhann Berg Guðmundsson and Jack Cork. They’ve all been playing in games recently at Gawthorpe with Stephens also having made two substitute appearances for the first team.

Other than that, it really is impossible to predict the line up. The club have confirmed that Charlie Taylor, Dwight McNeil and Jay Rodriguez are out while there are illness issues affecting some of the players. Sean Dyche has never made quite so many changes for FA Cup ties as he has for League Cup ties but even so it is likely to be a much changed team.

Our opponents are currently having what you could call an average season having won six, drawn seven and lost eight of their league games. They sit 16th in League One with 25 points but a goal difference of plus one.

To reach this stage of the FA Cup they won a penalty shoot out 4-3 at Eastleigh having drawn 0-0 and then won 1-0 at Barnet with a late goal from Cameron Jerome the vastly experienced striker who last played in England for Derby in 2018. He’s had an impact at his new club with seven league goals too.

Embed from Getty Images
He’s not the only experienced player they can call upon. They signed Andrew Surman (pictured), like Jerome a former team mate of the manager, from Bournemouth and Richard Keogh, who had left Derby early last season. They also have Dean Lewington who is moving ever closer to 700 league games for them having been with them since their formation.

They will be without both Kieran Agard and Jay Bird, neither of whom have played all season while David Kasumu is also ruled out. However, they have all of Matthew Sorinola, Stephen Walker and George Williams fit to return.

They made a signing today, bringing in Manchester United full back Ethan Laird on loan although it might have come too late for him to be included tomorrow.

The two teams have met just the once previously in the FA Cup, in the third round eleven years ago, our first ever game against them. Graham Alexander gave us the lead from the penalty spot midway through the first half with Steven Fletcher doubling the advantage ten minutes from half time.

Substitute Dean Morgan scored a consolation for MK in the 89th minute with Burnley going through to the fourth round with a 2-1 win.

Then, the fun started. Manager Owen Coyle didn’t show for the post match press conference, instead sending Sandy Stewart.  He claimed the manager had gone to Scotland to see family and said they loved it at Burnley and the Bolton vacancy was just speculation, no different to that from Celtic in the previous summer.

Embed from Getty Images
By Monday morning, with the manager still in Scotland, the club were forced to issue a statement that read: “Burnley Football Club can now confirm that manager Owen Coyle has held discussions with Bolton Wanderers FC over the vacant manager’s position at the Reebok Stadium. Burnley Football Club chairman Barry Kilby will now meet with Coyle to discuss his future at Turf Moor. This will take place following Coyle’s return from Scotland tonight.”

Hopefully tomorrow, win or lose, the manager will be there for the post-match press conference and will not be rushing off to see family who turn out to be representatives from another club.