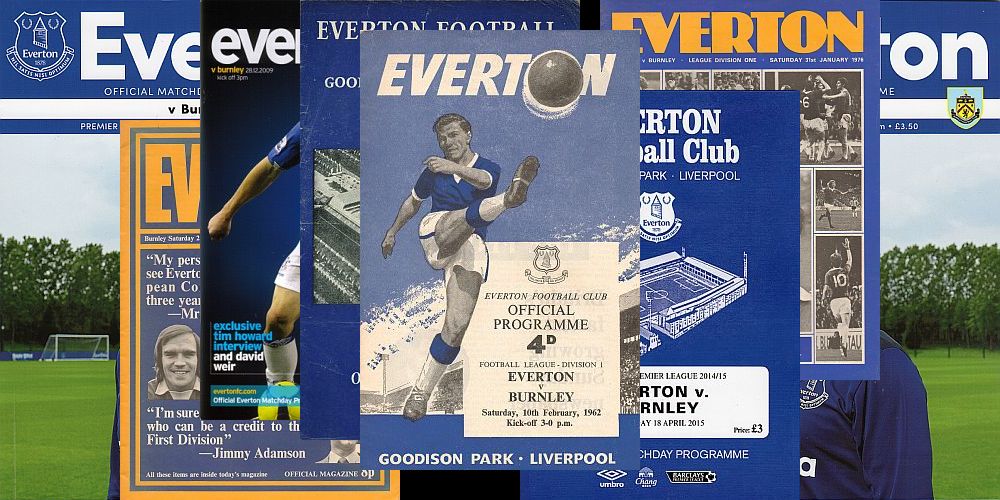 A year ago, when previewing our Boxing Day home game against Everton, I looked back at two years in the 1960s when we played them on the day after Christmas. Both times they beat us but both times we won the return fixture almost immediately.

The first of those came in 1960 when they beat us on the Turf and we went to Goodison 24 hours later and won 3-0 in front of an amazing crowd of 74,867. It was the reverse in 1967 with us losing at Goodison and then winning the home game.

This year it will be more a case of looking back one year, that game on Boxing Day 2018 proved to be a turning point in our fortunes. It was a horrible afternoon for us. We were 3-0 down with less than a quarter of the game gone and eventually trooped off on the wrong end of a 5-1 scoreline and we were facing the stark reality of relegation from the Premier League.

As we came off, we were in the bottom three and we had 12 points at the half way stage. What has happened since means it will be very much a different Burnley who go into the game tomorrow. In 37 Premier League games since we have picked up a remarkable 52 points during which we’ve scored 51 goals. It meant we ended last season in 15 place, comfortably clear of the bottom three, and today we sit 10th in the table and looking at potentially needing only four more wins to ensure safety.

We now go to Everton with the home side ready to introduce new manager Carlo Ancelotti who we previously came up against when he was in charge of Chelsea and we’ll be hoping to give him a tough first afternoon in charge of them.

Embed from Getty Images
Chris Wood, currently our leading goalscorer, said ahead of the game: “We’ve done it before when new managers come in, so we know what to do. Ultimately, we’ll focus on ourselves and do what we can and go from there. We want to go there and hopefully get at least a point out of it. We are not heading there with anything else in our minds.”

It was one of those rare events last Saturday when Wood partnered Ashley Barnes and neither scored. It’s just five times this season and Wood said of his partner: “As a strike partner, he’s the best I’ve had. Our goals record speaks for itself in that we are nearly at one goal per game as a partnership when we both start.

“He’s a fantastic player and we complement each other really well and that brings out the best in both of us. You can never put your finger on why, it’s just something and we just gel together. Jay keeps us on our toes though and needs a mention, along with Matěj. It’s a credit to the club that we have such an array of strikers.”

Jay Rodriguez scored that late winner against whinging Bournemouth last Saturday and will surely be desperate to start but I can’t see the Barnes and Wood partnership being broken up just now although Sean Dyche will have to make one change to his line up with Jeff Hendrick having picked up a fifth yellow card of the season meaning he will serve a one match ban and miss the game when he scored that wonderful winning goal two seasons ago.

it remains to be seen whether there will be any other changes but, if not, Dyche has three potential options for that vacant position. Robbie Brady could come in as could Aaron Lennon, if he’s recovered from illness, and I am sure he would get a reception from the home crowd similar to that he received recently at Spurs. Option number three is Jόhann Berg Guðmundsson who came through an under-23 game at Birmingham and is now, to quote the manager, part of the thinking.

With that ‘Under New Management’ sign at Goodison, it means Ancelotti will be selecting his first Everton team having watched what was a dour 0-0 draw against Arsenal last Saturday.

I remain mystified at Everton’s chase of Marco Silva two seasons ago, a chase that finally saw them land him in the summer of 2018. They did ultimately finish eighth in his first and only full season in charge but things have gone badly wrong this season which led to his inevitable departure. His farewell game was a 5-2 defeat at Anfield which, obviously, didn’t go down well.

Duncan Ferguson stepped in and lifted the place earlier this month. They beat Chelsea 3-1 on a day when his passion on the touchline was highlighted and he’s since steered them through draws against Manchester United at Old Trafford and then at home against Arsenal. He will now become part of Ancelotti’s team.

Embed from Getty Images
The new manager will be without the services of Morgan Schneiderlin, Theo Walcott and Alex Iwobi who are all out injured but there could be a rare start for Moise Kean (pictured above) who has struggled to break into the team since his big money signing from Verona last summer. He’s only started twice so far but Ancelotti described him as a fantastic talent when he held his first press conference as Everton boss.

It was the final away game of last season. We kicked off the penultimate weekend of the season with a Friday night televised fixture at Goodison Park and it was not the best of nights for us. It was all over and done with within 20 minutes when first Ben Mee deflected a shot into his own goal and then Séamus Coleman doubled the score three minutes later.

Embed from Getty Images
After half an hour of Everton domination, we did improve and Ashley Barnes had a goal disallowed, rightly so, for offside, before Robbie Brady headed wide.

We should clearly have had a penalty when former Claret Michael Keane fouled Matěj Vydra. Nothing was given by referee Chris Kavanagh, who had a poor night, but there was no doubting that Everton deserved to win the game.