It’s finally all over 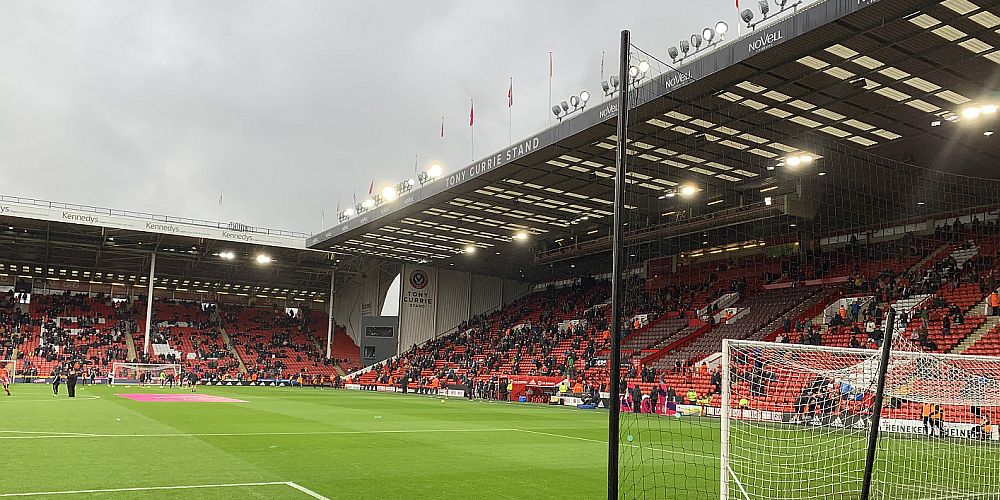 When George Courtney blew the final whistle on our 2-1 win against Orient on 9th May 1987 it is difficult to describe the relief felt at surviving at the end of a traumatic season. Similarly in 1998 when a win by the same score against Plymouth ensured we wouldn’t be dropping back into the basement division.

It was a different feeling of relief when our final game of the 2020/21 season ended yesterday in a 1-0 defeat at Sheffield United, bringing to an end a season where we, the supporters, have not been involved, and it’s been more like watching a series on television than being a football supporter.

Whatever the reasons, it was a weary performance from us at Bramall Lane and not for the first time this season I came close to switching off the television to find something more productive to be getting on with.

It’s been a difficult season to deal with both for us and the manager and his players. I know we joke about Sean Dyche never making team changes but he’s made so many this season and on only a few occasions has it been ‘same again’ when the line up has been confirmed.

Embed from Getty Images
There was just one change yesterday from the team beaten by Liverpool last Wednesday. We expected to see Nick Pope in goal but that was dashed with news of him requiring surgery. The one change saw captain Ben Mee miss the end of the season just as he had the start. A groin problem forced him out with Jimmy Dunne coming in as his replacement and playing alongside James Tarkowski for the first time.

We were playing the worst team in the league, the table tells you that, although a team that had won as many home games as we have done this season, and it all seemed to start quite well with a series of corners putting the home defence under pressure.

They survived it before, on 24 minutes, we conceded what proved to be the only goal of the game. Yet again we allowed a player to run at us but once David McGoldrick opted to shoot it looked as though Will Norris should save it and it was a real shock to see it nestling in the back of the net.

The response from us was almost non-existent. I don’t think we really troubled Sheffield United for the remainder of the first half and it was already looking as though it would be a third successive defeat.

Embed from Getty Images
We switched at half time with Matěj Vydra replacing the ineffective Josh Brownhill and for a time it did look as though we might just get ourselves back in the game but as the half wore on it did look less and less likely although there is absolutely no doubt in my mind that we should have been awarded a penalty when Enda Stevens was struck by a ball into the box from Ashley Westwood.

Referee Kevin Friend gave nothing so over to the new dedicated VAR official Lee Mason at Stockley Park. The first time he ever refereed a Burnley game he failed to see a Preston player handle the ball on the line so I suppose there wasn’t much chance here. Those decisions are penalties week after week after week. Mason did what Mason does. He got it wrong.

We were close to an equaliser right at the end by which time we had four strikers on the pitch and we even collected a yellow card when Dunne was found guilty of a high kick. Astonishingly it was the only free kick we conceded all afternoon which says much about the performance.

In the end, a 1-0 defeat against a team who hardly did enough to warrant a win, but we were totally inept for the most part and again, as was the case two and four years ago, we just about stopped once we knew we were safe.

Embed from Getty Images
It’s over, the season is finally over and thank goodness for that. I love my football, I love everything about it and as much as I love going on the Turf, there is nothing ever beats a good away trip. Because of the current situation we’ve had all that taken from us and it couldn’t ever be the same watching it on television week after week.

So yes, a relief that it’s over and very much a relief that when we can finally get back, presuming that our supporters have been able to work their way through the nonsense of our online ticketing system, we will still be playing Premier League football next season.

The players will be ready for the break, the manager has said he definitely is. I think we all are. Who do we play next in the Premier League? We’ll know in 23 days time.