Jack had it Corked at Watford

Jack Cork scored his first Premier League goal since November 2018 when he dived in to head Burnley’s equaliser in last Saturday’s 2-1 win over Watford at Vicarage Road just three minutes before Josh Brownhill completed the comeback with the winner.

It wasn’t just the goal, but Cork’s overall performance that saw him win both our man of the match vote and the player ratings with another outstanding performance in the midfield. 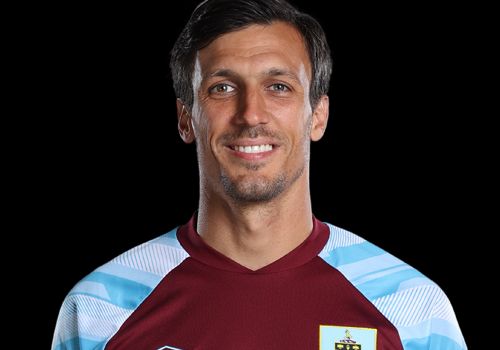 He was a big winner for the man of the match with the top four places going to the two goalscorers followed by the two players who got the assists on the goal. Cork won it with a 44% share of the vote with Brownhill coming second with 18%. Charlie Taylor, from whose cross Cork scored, was third with 9% while Matěj Vydra, who laid the ball back for Brownhill to score the winner, was fourth with 6%.

The player ratings were somewhat different with just two of those players making the top four. Cork was again the winner with a rating of 7.52 out of 10, ahead this time of goalkeeper Nick Pope who was second with 7.30. Taylor was again third with 7.04 while exactly seven out of ten won fourth place for Dwight McNeil.

It gave Cork the maximum ten points towards the Up the Clarets Player of the Year. Taylor won four points and there were three points for both Brownhill and Pope with McNeil and Vydra picking up one point each.

It was the final game in April, the busiest month of the season with seven league games played that saw us win thirteen points and it was Pope who won the player of the month with 34 points. That as some way ahead of the two central defenders James Tarkowski and Nathan Collins who won 25 and 22 votes respectively.

There are four games to play, and the next man of the match vote will be available after Saturday’s game against Aston Villa.

UP THE CLARETS APRIL PLAYER OF THE MONTH