It wasn’t one of our best performances of the season at Birmingham, and it was a night when Jóhann Berg Guðmundsson came on twenty minutes from the end, scored our goal and was considered our best player. 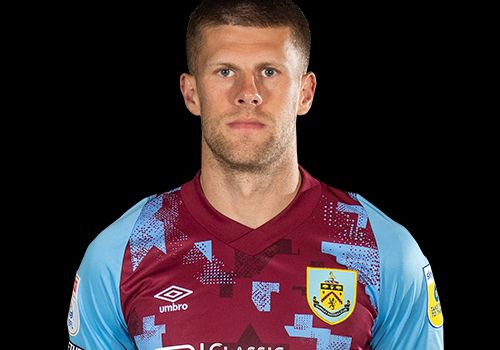 He didn’t win the man of the match vote. That went to central defender Taylor Harwood-Bellis who polled 29% with Guðmundsson, our player of the year five seasons ago, winning 22% to finish second. Josh Cullen took third place with a 13% share while Anass Zaroury just edged into fourth place with 7% of the vote.

It was Guðmundsson who won the player ratings. On a night when not one player reached seven out of ten, he won it with a rating of 6.83. Connor Roberts, back in the team having missed the previous two games, was second with 6.49 while Charlie Taylor and Harwood-Bellis were third and fourth respectively with ratings of 6.26 and 6.23 out of ten.

Guðmundsson won eight points towards the Up the Clarets Player of the Year. There were six points for Harwood-Bellis, three for Roberts, two each for Cullen and Taylor with one point for Zaroury.

Those points haven’t had an effect on the top three but Harwood-Bellis has now moved into fourth place, just six points behind both Josh Brownhill and Nathan Tella.

You can still VOTE for your man of the match against Sunderland which will close at 10 p.m. tomorrow. The Birmingham result and the player of the year table can be found below.