We were saddened to learn today that Jock Aird, who had become the oldest surviving former player, passed away earlier this month in his adopted home of Australia. He had reached the age of 94. 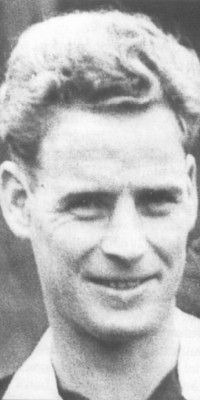 From Fife, Aird joined Burnley in 1948 from Jeanfield Swifts at the age of 21. He arrived at Burnley as a centre-forward but was soon converted to right-back where he went on to establish himself as a first team regular.

His debut came in April 1950 against Liverpool although it would be another year and a half before he displaced Arthur Woodruff in the number two shirt to make the position his own. until losing his place to Harold Rudman in October 1954.

He played just once more for Burnley once Rudman stepped in. That was in April 1955, just five years and four days after his debut, bringing to an end a Burnley career that spanned 143 games, 132 of them in the First Division and eleven in the FA Cup.

With both Dave Smith and John Angus making progress in his position, he decided to make a new life for himself in New Zealand where he joined Eastern Union and in 1958 he played twice for New Zealand in internationals against Australia, becoming the first ex-Claret to play full international football for two countries, something that only Besart Berisha, for Albania and Kosovo, has done since.

He eventually moved to Australia and played for Hakoah and spent the rest of his life there. He lost his wife Sheila some years ago but leaves two daughters Lynne and Karen along with grandchildren Leigh, Dayle, Hayley, Sean, Owen and Kelly. Our thoughts are with them at this sad time.