Jordan Cropper back in football at Grimsby

After a difficult year, Jordan Cropper, who was released by Burnley last summer, has returned to football, signing a deal until the end of the season with Grimsby Town. 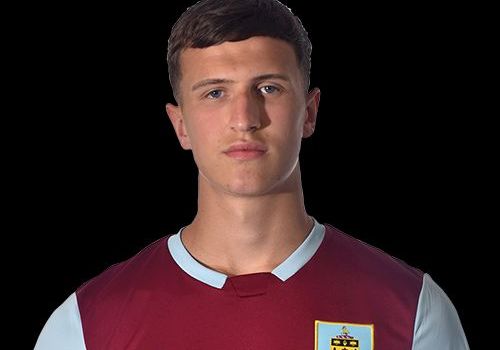 Jordan was enjoying a second loan at Chesterfield in the 2020/21 season. It was a season long loan but Burnley recalled him in January although, once back, he featured in the under-23s just a couple of times before being released at the end of the season.

I half expected a potential return to Chesterfield but that didn’t happen nor did he move anywhere else. It transpired that he’d suffered a long term injury from which he’s only recently recovered and he did play the first half of our Central League Cup game at Bolton back in early February as part of his recovery.

More recently he’s been training with Grimsby who are currently just outside the play-off places as they look for an immediate return to the Football League and he’s impressed manager Paul Hurst who offered him a deal, initially until the end of this season.

Hurst said: “He is a player that has had an injury and is the reason why he has been on trial. I am happy to have him on board. He has had loans at this level previously and has fitted in well. I like what I have seen, he is a young player that I am hoping has the hunger and desire to get back playing and he has integrated into the group well. We have signed him until the end of the season, but I think for both parties it gives us time to look at each other and see how we get on.”

A delighted Cropper, who once scored a hat trick against Sheffield Wednesday playing for our under-18s before being moved to his current position at right back a week later, is delighted to have found a club. “I have been here a week now. I have really enjoyed it, the lads have been great and I am excited to finally get signed.”

He signed in time for today’s matches and could make a debut at Blundell Park against Dagenham & Redbridge. We wish Jordan well at Grimsby.