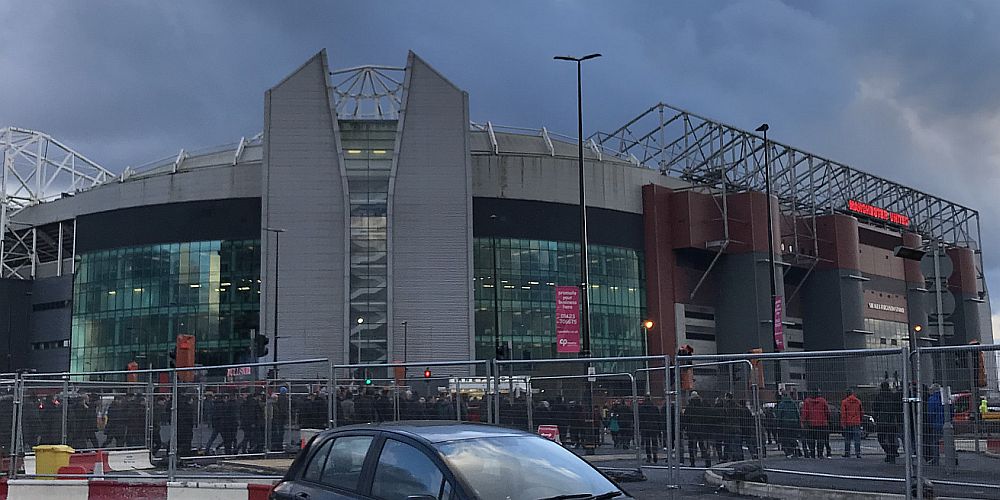 As the game moved into its latter stages it was looking increasingly likely that we would enjoy a fifth successive away game against Manchester United without defeat, that was until two late goals saw us go down to an undeserved defeat.

After a goalless first half, in which we had a goal ruled out after fourteen seconds, we fell behind early in the second half to a Mason Greenwood goal, quickly equalised through James Tarkowski’s first goal of the season before Greenwood, with his second, and Edinson Cavani won it for United.

Ahead of the game, nervous Burnley fans were either watching or keeping a close eye on the game between Arsenal and Fulham where Fulham led through the softest penalty imaginable, but by the time we got onto the pitch at Old Trafford we’d seen Arsenal’s late equaliser which meant Fulham had only pulled one point back on us.

As for us, Nick Pope was again missing but the good news came with Dwight McNeil being passed fit. Sean Dyche opted to make two changes from the team beaten by Newcastle. Charlie Taylor returned at left back, a decision I thought was harsh on Erik Pieters, but the other change so us adopt a different formation with Jack Cork coming in at the expense of Matěj Vydra.

Embed from Getty Images
What an incredible start we nearly had. Ashley Westwood kicked off, playing it back to Tarkowski who himself laid it out to Matt Lowton on the right. Lowton’s ball up field was met by Chris Wood who headed it past the advancing Dean Henderson into the net.

Less than fourteen seconds had been played but any early joy was quickly taken away from us with Wood flagged offside. Despite new instructions, the assistant’s flag went up before the ball went into the net. I’m not sure whether that prompted Jon Moss to blow but I can only guess he did with VAR not being brought in to check the offside. As it happens, and it was close, he was probably just offside, the usual heel or toe nail, but again the officials, or certainly one of them, got it wrong.

Despite having a lot of the possession in the first half, United rarely threatened and the closest they came was a Paul Pogba effort that Bailey Peacock-Farrell tipped away. At the other end, Wood, who had an outstanding game for the Clarets, twice came close, missing the target with one header but firing in a shot that saw Henderson have to get down and save to his right.

We’d looked dangerous on the counter, we were never really exposed and when the half time whistle blew with the score at 0-0 we fully deserved to go in level.

Embed from Getty Images
They made a change at the start of the second half with Edinson Cavani coming on for Fred and it took them less than three minutes to change the game. Marcus Rashford played in a ball from the left that Bruno Fernandes let go through his legs for Mason Greenwood to fire home from right of goal.

It was just what we didn’t want at the start of the second half and clearly that meant we were going to have a battle to try and get back into things. But, almost immediately, we got down our left and McNeil, who maybe should have played the ball back, forced Harry Maguire into conceding a corner. Westwood’s corner was met by Tarkowski who powerfully headed home to equalise within two minutes.

There really was very little between the teams for much of the remainder of the game and I can’t really recall Peacock-Farrell ever having much to do. Sat in front of my television, I do admit to having looked at the time a few times but I never really thought that we were likely to concede. We looked every bit as good as the team put out by one of the clubs who later in the day were to confirm they were Founder Members (with capital F & M) of the new European Super League. At no time did I think they looked like taking the game beyond us.

Then, in the 84th minute they regained their lead when Greenwood got his second but this goal owed so much to good fortune with the ball deflecting off Jack Cork’s heel. When you need a huge slice of luck, they got it.

Embed from Getty Images
Sean Dyche immediately got Vydra and Jay Rodriguez up. It almost worked too. Vydra won the ball on the left touchline but was crowded out just before he reached the penalty box. United eventually got the ball away and broke to score a third through Cavani. I’ve seen a suggestion that it was offside but it had probably switched itself off by the time we got into stoppage time.

That made it 3-1, and I suppose the extra goal doesn’t count for much other than on the goal difference, but it just made it look like a comfortable win for the home side which it clearly wasn’t. They’d been no better than us and wouldn’t have beaten us but for an unfortunate deflection.

It’s three defeats in succession for us now. Whatever we thought of the Southampton and Newcastle defeats, and I do think a lot of the adverse reaction came about because we lost leads, this was a performance that nine times out of ten would get a result.

We are in that position now directly above the bottom three and that’s always a concern but the lead over them remains healthy and this performance showed in every single way that we are very much worthy of our place in the Premier League. I don’t believe we need too many more points and I remain positive that we will get them.