League leaders at the Turf as fight for points resumes 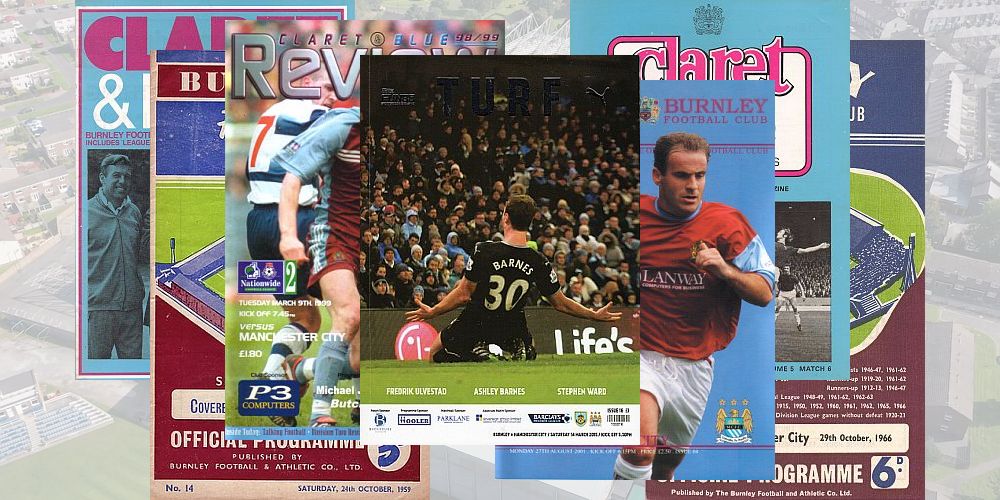 Manchester City are our opponents tomorrow at home as we return to action for the first time since the defeat at Brentford three weeks ago.

That defeat was a hard one to take. Instead of potentially being three points behind the Bees, their lead over us stretched to nine points and things haven’t gone too well since with Watford going ahead of on the following day when Leeds also won. As the next week was coming to an end both Everton and Leeds secured wins with stoppage time goals and, frankly, things are looking bleak.

We’ve gone into some games recently knowing that a win would see us climb out of the relegation zone where we’ve been since the draw at Chelsea in November. That’s no longer the case. Everton are the team in 17th place and they now hold a four point lead over us while Leeds, one place higher in the table, now have an eight point lead.

Everton have actually played the same number of games as us; everyone else in the bottom area of the table has played more but with just eleven games remaining, we are going to have to start doing something we’ve found difficult all season and that’s winning games.

It’s not often a team can avoid relegation from the position we’re in. Six years ago, while we were winning the Championship, Sunderland survived having secured just 23 points from 27 games, two more than we have now, but the more remarkable one was a year earlier when Leicester looked dead and buried when they sat bottom, seven points from safety, with only nine games remaining. They had just 19 points but then won 22 more from those final nine games, winning seven of them and drawing at Sunderland with a home game against Chelsea their only defeat in the run in. They ended in 14th place.

Leicester have shown it’s possible but a high percentage of supporters are hardly confident of survival even if they haven’t given up. The fat lady isn’t even gargling yet but unless we can start to get some points, and quickly, she’ll be clearing her throat.

Next week will see us play Everton and Norwich. While not being must win games, they are very definitely must not lose games. Unfortunately, we have been losing these games such as those away at Newcastle, Leeds and Brentford.

Tomorrow’s game couldn’t be much more difficult. Manchester City are here, the current champions and current league leaders and they don’t have the worst of records at Burnley in the Premier League era having beaten us on five occasions while we have had one win in 2015, when George Boyd scored in a 1-0 win, and one draw three years later. Since Pep Guardiola became manager that draw is the only point we’ve taken from home either at home or away, and for good measure they’ve also knocked us out of the FA Cup twice and the League Cup once.

They are very definitely not unbeatable although they have won eleven of their fourteen away games this season in the Premier League. They’ve drawn at Liverpool, Southampton and, in their last away game, Crystal Palace. They were beaten 1-0 at Spurs, their only away defeat, on the opening day of the season. Two of those sides, Palace and Spurs, have beaten them at the Etihad.

Embed from Getty Images
Just three days ago, Nick Pope was winning his eight England cap, having very little to do. Tomorrow, whatever happens, he can expect to be somewhat busier. He admitted: “It’s a big challenge for us. I feel like playing the top teams, in general, we’ve given a good account of ourselves probably barring Chelsea.

“They are the tough challenges of the Premier League and that’s why you want to be in it, going up against top players. It’s a challenge that we’re looking forward to, a home game, and we’ll take it on doing what’s right to have a positive outcome.”

While Pope is ready to go, we’ll again be without captain Ben Mee who isn’t ready to resume from the injury sustained against Leicester on 1st March. The captain will sit this one out as will Erik Pieters, Jóhann Berg Guðmundsson and Matěj Vydra, all injured and Nathan Collins who, having made his first start for the Republic of Ireland, will serve a one match ban.

Without wishing to make them sound better than they are, Manchester City are definitely one of the best two teams in the Premier League along with Liverpool, and most would judge them the best. Since Pep Guardiola became manager they have won the Premier League three times and finished second and third in the other two seasons. They currently lead the table again but are now just a point clear of Liverpool with both having nine games to play. Their lead over third place Chelsea is eleven points.

One of the wealthiest clubs in the world, they are able to bring in the very best players in the transfer market and even though, in recent years, they’ve said goodbye to the likes of Vincent Kompany, David Silva and Sergio Agüero, they just seem to go on regardless.

Embed from Getty Images
Guardiola has confirmed that Rúben Dias, who has been out since February with a hamstring injury, will not feature and young Cole Palmer isn’t expected to play because of a foot problem. Both John Stones (pictured above) and Ederson withdrew from recent internationals and they will be assessed.

Against City you hope to keep the score at 0-0 for as long as possible but this game was level for less than three minutes when Gabriel Jesus took advantage of a Nick Pope error, heading into an empty net after the Burnley goalkeeper had parried a Bernardo Silva shot straight to him.

Seven minutes from half time, Raheem Sterling turned in a low cross to double the advantage and that usually opens the floodgates.

Embed from Getty Images
We defended well in the second half and kept it to 2-0 although they did have a goal harshly disallowed and what looked a clear penalty turned down.

« Our mentality has to be firm
Manchester City beat Burnley »