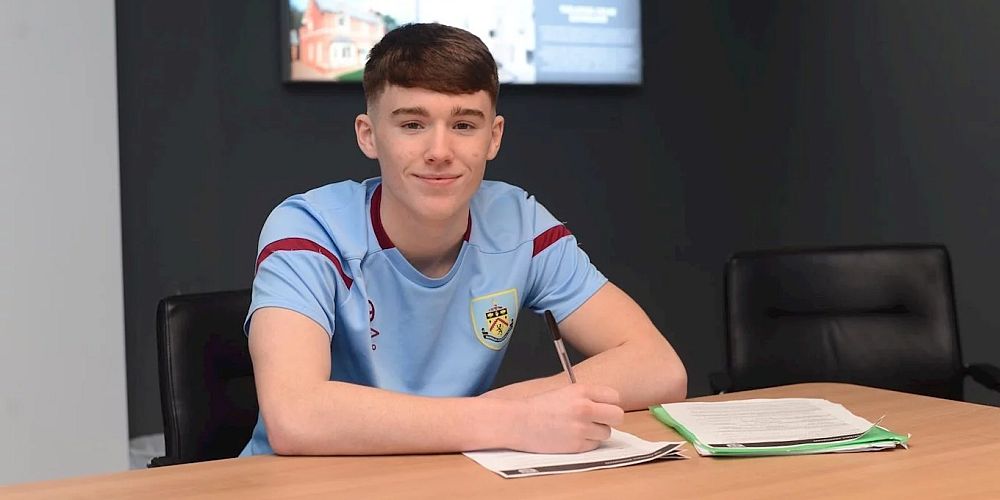 First year scholar Lewis Richardson is celebrating his 17th birthday today and among his presents is a first professional deal from Burnley Football Club.

What an amazing year or so he’s had. As an under-16, he’d made one substitute appearance for the youth team when he was given his first start in November 2018 in a home game against Crewe. It was the first time I’d seen him play and I’m not likely to forget it; we beat Crewe 6-1 with him scoring five of the goals.

He didn’t stop there either. Move on to March last year and he got his first under-23 appearance, coming on as a substitute at half time in a Lancashire Senior Cup semi-final against Rochdale. He scored with his first two touched and went on to get a hat trick in a remarkable game that ended in a 6-4 win.

He’s since become a scholar at the club, represented England up to under-17 level and looked more than at home at under-23 level despite still being just 16. He’s been out injured in recent weeks and has been sorely missed.

Today though, at the earliest opportunity possible, on become 17, he has signed that first professional deal until the summer of 2022. Lewis said: “It’s life changing. I have worked so hard for this, training at 7 p.m. at night and getting home at 10 p.m., four days a week since about 12 years-old. That is a long time , and to now sign my first professional contract means the world to me and I’m absolutely over the moon.

Lewis is a Mancunian but he added: “I have been here since I was eight years-old and ever since my first trial here, I just fell in love with Burnley Football Club. Everyone at the club has just made me feel so at home and I am delighted to have committed my future here.”

He recalled that five goal haul last season and said: “Ever since that under-18 game against Crewe, when I scored five goals, things have just got better and better for me. After that moment, everything changed. I then got a hat trick on my debut for the under-23s and I feel I’m progressing well.

“The club means the world to me. They have helped me so much, not just on the pitch but as a person as well, so I have a lot of love for Burnley.”

Lewis even made the bench for the first team earlier in the season when we were beaten by Sunderland in the League Cup.

This really is good news to come out of Turf Moor today, to know that one of our young players, one with so much potential, has committed himself to the club at the earliest opportunity.

« Brian Pilkington passes away at 86
New deal for Mace »