Lions at the Turf as we search for first home win 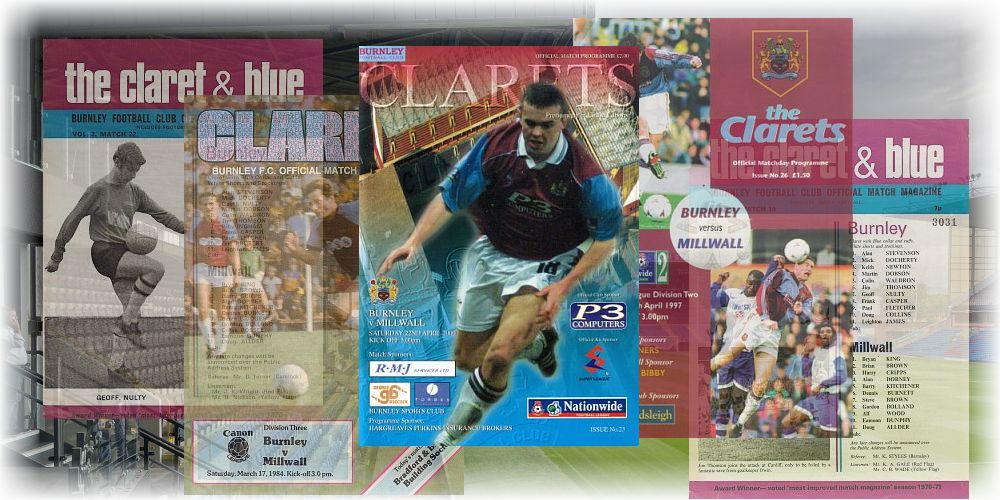 Two wins this season, at Huddersfield Town and Wigan Athletic, and now we go looking for a first home win of the season tonight against Millwall.

We were able to break a run of four league games without a win with that resounding 5-1 victory at Wigan but we still await a first home win this season and our first since we beat Wolves 1-0 last April.

There was a time when we were very much a team that relied on its home form but that’s not been the case at all in the last two years and more and we do need to get back to picking up maximum points at home as soon as possible.

Saturday’s win lifted us into the top six in the table and, had we held on to beat Blackpool, we’d be sat second just a point behind surprise leaders Reading, so there is nothing to be too concerned about right now.

Embed from Getty Images
We’ve started scoring goals too; eight in the last two league games with Nathan Tella scoring three of them in his only two Burnley starts. He’s enjoying his time at Burnley too, having come in on loan from Southampton. He said: The boys have been class at welcoming me in and that’s given me the confidence to take on the pitch. Everyone at the training ground are so welcoming and have really helped me.”

Looking forward to the Millwall game tonight, he added: “We have had two good results last week, against Shrewsbury in the cup and then at Wigan on the weekend. So, hopefully, we can carry that into tomorrow night with us and get another good result. We know it will be difficult against Millwall, they’re a good side who have had a good start to the season. But back in front of our fans at home, I’m looking forward to it.”

Millwall currently sit in 16th place with seven points from their six games. At home they’ve beaten both Stoke and Coventry before losing to Reading last Saturday. On the road, defeats at Sheffield United and Norwich have sandwiched a 2-2 draw at Swansea.

That one point on the road was a remarkable point too. They trailed 2-0 going into stoppage time but then drew level with two own goals scored by Swansea’s Ben Cabango and Nathan Wood.

They will be without injured pair Mason Bennett and Ryan Leonard tonight while Isaac Olaofe will be assessed but, apart from that, the remainder of the squad are all available to manager Gary Rowett.

On an horrendous day, weather wise, in February 2014, Burnley ended a run of three draws with a 3-1 win against Millwall, despite going a goal behind and failing to score from the penalty spot.

In the end it was very much Burnley’s day with the team turning in a terrific performance with Danny Ings, who fluffed the penalty, scoring twice, one of them a superb finish, and Dean Marney getting our second goal.