Kevin Long has this evening signed for Birmingham City until the end of this season, thus ending a thirteen year association with Burnley Football Club.

Long first arrived at Burnley from Cork City in the January transfer window of 2010 but the deal had been announced in November when then manager Owen Coyle said of him: “We are delighted to be signing Kevin and have beaten off stiff competition from top clubs north and south of the border for his services. He is a young, aggressive and quick left sided central defender who is hungry to keep improving and will go straight into our first team squad when he joins us.” 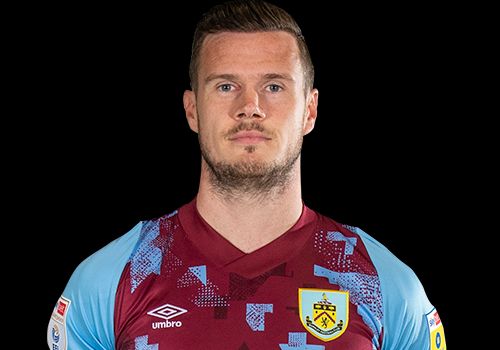 Within no time at all after his arrival, Coyle had gone . Besides never playing for Coyle, he didn’t during Brian Laws’ time as Burnley manager and made just one substitute appearance for Eddie Howe, coming on as an 89th minute substitute for Michael Duff in Howe’s last home game against Sheffield Wednesday.

By then, he’d enjoyed three loans at Accrington and one at Rochdale and had just returned from a short loan at Portsmouth. In December 2012, he made his first start for Burnley in a 1-1 home draw against Watford.

The 2014/15 season saw him make his Premier League bow but it wasn’t to be a good day for him. He came on as a substitute for captain Jason Shackell on New Year’s Day at Newcastle but was stretchered off twenty minutes later with a cruciate injury.

He returned to fitness, had further loans at Barnsley and MK, and went on to make just over ninety league and cup appearances in which he scored four times, one in the league, two in the FA Cup and one in the League Cup.

This season started with him injured but his only game time has come in the under-21 team, this having played just six times last season, the last of which, his final Burnley appearances, was in the final game of last season against Newcastle, the same opponents as in his first Premier League game.

Tonight’s news came unexpectedly but he’s now a Birmingham player for the remainder of this season, leaving Ashley Barnes as our new longest serving player. We wish him well at St. Andrew’s and he could make his debut for them in this Saturday’s FA Cup tie against Forest Green Rovers.