Looking for a Gunners double 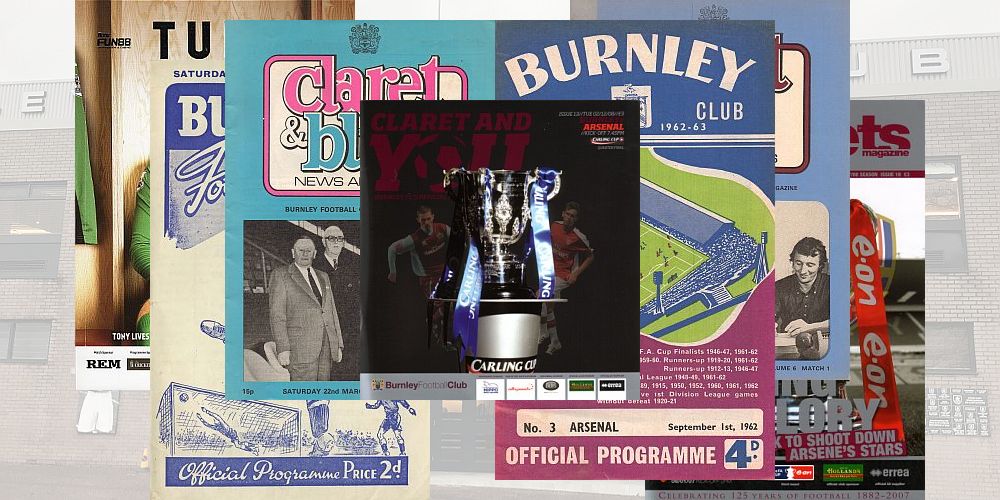 Finding a way to beat Arsenal in recent years has not been an easy task. We won the League Cup game against them but in the Premier League we’d secured nothing but two draws until we finally broke the duck with our first ever win at the Emirates earlier in the season.

It seems we have to go back to the early sixties for the last time we had the upper hand over the Gunners. From seasons 1959/60 through to 1962/63, a total of eight games, we won seven and drew the other, that at Highbury in August 1961. That means the most recent double over them was in 1962/63 season. We came from 1-0 behind to beat them 2-1 on the Turf with goals from Brian Miller and John Connelly. At the end of the season we won 3-2, having led 1-0 and trailed 2-1. Debutant Willie Irvine scored the first that day with the other two from Alex Elder and Ian Towers.

The last time we went into a game against them knowing a win would give us a double was in March 1975. Having won 1-0 at Highbury with a Peter Noble goal, we were held at home 3-3 in a controversial game.

Can we do it tomorrow? Despite Arsenal being as low as tenth in the table, it will be a tough ask against a team who won at Leicester last Sunday. Having said that, if we show the sort of form we did in our game against Leicester then we have every chance.

It was one of our best performances for a while and it would have ended in a win but for the performance of Leicester goalkeeper Kasper Schmeichel. Even so, the point won has taken us one point further away from Fulham who were beaten last night by Spurs which means we go into the weekend with a six point advantage over them and also sitting three points clear of both Brighton and Newcastle, those two having a game in hand.

Embed from Getty Images
Goalkeeper Nick Pope was beaten just once against Leicester, that a superb finish from Kelechi Iheanacho, but he’ll be wanting a clean sheet to take that particular total into double figures for the season when he makes his 100th Premier League appearance for the Clarets. It seems a long time now since the first of those appearances against Crystal Palace when he came on as a substitute for Tom Heaton and kept the first of his 36 Premier League clean sheets.

Ahead of tomorrow’s game, Pope said: “It was just a better performance (against Leicester) than we had put in over the last couple of games which we were disappointed with. It was good to bounce back because it’s not easy. It was a good shift from the boys and we were unlucky not to get the win really.

“Arsenal are another traditional top six team. Obviously we won down at their place which was a great result for us at the time and is still a great result now. It would be good to replicate that and to have two wins over them in a season would be a good effort. It’s a game we are looking forward to and another one that comes round quickly so we will be looking to take the momentum out of the good performance the other night into Saturday.”

It’s time for the check on injuries now and it’s not looking too bad. Ashley Barnes remains out while Jack Cork had a tight hamstring and will have to be assessed. But both Jόhann Berg Guðmundsson and Robbie Brady are expected to be available which will give us a whole stronger looking match day squad.

Arsenal ended last season in 8th place in the table, with just two points more than ourselves. Today they sit with an eight point lead and with a game in hand but down in 10th place. They’ve won six and lost six away from home with the win at Leicester last Sunday bringing to an end a losing run on the road that had seen them go down at Wolves and Aston Villa. Besides Leicester, they’ve also won at Fulham, Manchester United, Brighton, West Brom and Southampton.

Their goals have been shared in the main by two players this season. Alexandre Lacazette has nine while Pierre-Emerick Aubameyang has netted eight although with the own goal he scored for us at the Emirates that makes it nine each. Both have scored twice from the penalty spot.

Embed from Getty Images
Aubameyang is very much one to watch for us. He’s scored seven times against us since joining Arsenal from Borussia Dortmund in January 2018, including two in each of his first three games against us. He hasn’t scored that many goals against any other Premier League team.

Emile Smith Rowe (pictured above) could be an absentee for Arsenal having suffered a hip injury against Leicester. It isn’t a serious injury, he still might be fit and other than that Mikel Arteta has no injury concerns.

After suffering ten successive Premier League defeats against them, Arsenal arrived at Burnley in February last year with us having just beaten Leicester and Manchester United in the two previous league games.

It was an afternoon when we were delighted to finally break that sequence of results but one of disappointment and frustration that, having been the better side throughout, we weren’t able to get a goal and win the game, having to settle for a point in a 0-0 draw.

Embed from Getty Images
The closet we came was twelve minutes from the end when Jay Rodriguez latched on to a Dwight McNeil header but powered his shot onto the underside of the bar, came down on the line and back into play. It couldn’t have been any closer.

But a point it was and we were up to 11th in the table and onto 30 points with thirteen games still to play.