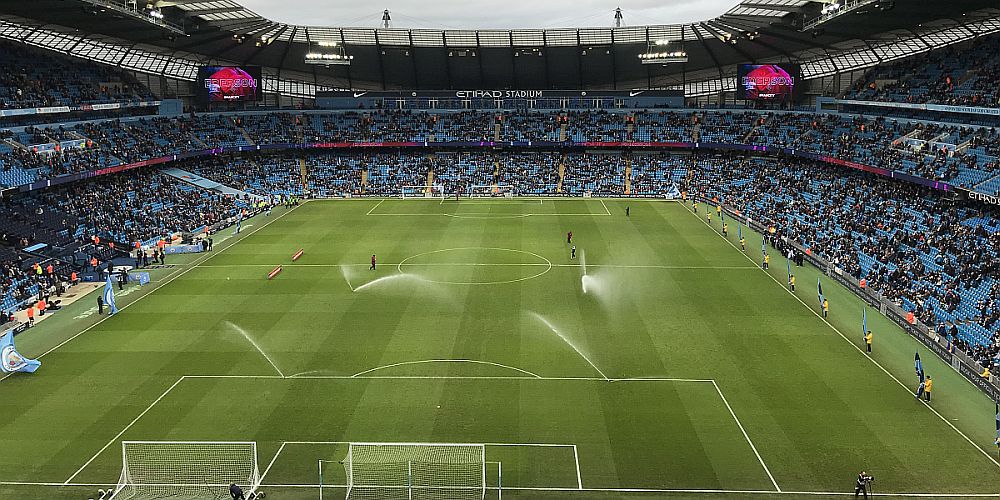 It has not been the best of starts to the season. We’ve played seven league games and, as was the case last season, we’ve not won any of them. Last season, game number eight was Crystal Palace at home; this season it is Manchester City away.

Our first ever visit to the Etihad was back in 2009 and gave us our first ever away point in the Premier League with Kevin McDonald scoring a late equaliser in a 2-2 draw, the same McDonald who has surfaced this week with the brilliant news of his recovery from receiving a kidney from his brother.

Five seasons later we came from two goals behind at half time to draw 2-2 with George Boyd and Ashley Barnes, who was sensational that afternoon, scoring our goals on what was another memorable afternoon.

Since our last promotion in 2016, we’ve been there five times in the League and twice in the FA Cup. We’ve lost all seven games. The first defeat was 2-1 with Ben Mee netting against his former club. The four defeats since in the league have seen us fail to score while conceding 18 times. Barnes did score in one of the FA Cup ties but we did concede nine.

That’s 27 goals conceded with just one scored in six games, the last four visits have all ended in 5-0 defeats, and that is where we are heading tomorrow as we try to get our season moving forwards.

That is what we are up against. Yes, there is no Vincent Kompany now, no David Silva and no Sergio Agüero but City still have a squad you can only marvel at.

Embed from Getty Images
It might just be Nathan Collins’ day. He’s had a couple of good weeks. Our 20-year-old defender made his Premier League debut a fortnight ago when he deputised for the injured Ben Mee. He then went on international duty and made his Ireland debut as a substitute against Qatar. He’s now expected to be in the team again with Ben Mee ruled out having tested positive for COVID-19.

Collins admitted: “If I play there it would certainly be up there as one of the biggest games I’ve played, but we are out there to get a win and that is the main objective. We are going to try our best to nullify them.”

Looking back at the Norwich game, he added: “It was unfortunate we didn’t get the win. It was really frustrating and obviously that is the main thing. On a personal note, I thought I did ok and I was pretty happy with my performance. It was easy to slot beside the likes of James and Ben Mee because they help you so much. They also know the game so well, and James really helped me on the day.”

Sean Dyche has more potential absences from the team besides Mee and Dale Stephens who is still recovering from the injury he sustained last season. He’s described both Charlie Taylor and Matěj Vydra as touch and go and that, in Dyche speak, usually means they are out.

It’s a shame for Vydra who has done well in each of the last two games but has had to come off with injuries and this latest problem was picked up on international duty.

There’s good news though. Jóhann Berg Guðmundsson pulled out of the Iceland squad while Maxwel Cornet joined up with the Côte D’Ivoire squad although he didn’t play and hasn’t played since coming off just before half time at Leicester three weeks ago. Dyche has confirmed that both are fit and available.

Manchester City, reigning Premier League champions, actually lost their opening game this season, going down 1-0 at Spurs. They then did what they so often do to us; they beat Norwich 5-0 and followed that up with another 5-0 win against Arsenal.

You could dare to suggest that the goals have dried up since, and they were held to a 0-0 draw at home by Southampton, but their other three games have been against Leicester, Chelsea and Liverpool and all away from home. They won 1-0 at both Leicester and Chelsea and then, after outplaying Liverpool in the first half, returned with a point from a 2-2 draw after an astonishing second half, the best football I’ve seen this season.

They’ve scored 14 Premier League goals this season and without a prolific scorer they’ve been shared around. Besides one own goal, they’ve had eleven different players score with just Gabriel Jesus and Ferran Torres having scored twice.

Those two are both out tomorrow. Jesus and goalkeeper Ederson miss out having played for Brazil today and Torres has been ruled out for up to three months with an injury sustained on international duty playing for Spain.

Embed from Getty Images
They do have some good news though with both Oleksandr Zinchenko (pictured above) and Ilkay Gündogan back to fitness and available.

There isn’t a lot to report other than we once again lost 5-0. With Nick Pope and Josh Brownhill ruled out, Sean Dyche opted for a 4-3-3 formation, giving both Bailey Peacock-Farrell and Josh Benson Premier League debuts.

Embed from Getty Images
A new look, new players, but the same old story. We were 3-0 down at half time with Riyad Mahrez scoring the first two and the currently unavailable Benjamin Mendy adding a third just before half time.

Ferran Torres added number four before Mahrez completed his hat trick with over twenty minutes remaining although thankfully there was no further damage.