Matt Lowton has left Burnley after some seven and a half years for the club and signed for fellow Championship side Huddersfield Town on loan until the end of the season. 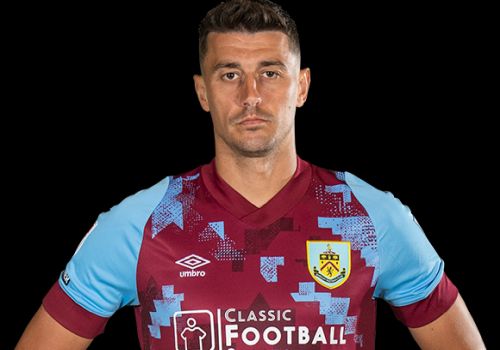 We’d just been relegated from the Premier League when we signed him from Aston Villa as a replacement for Kieran Trippier who had just signed for Spurs. Lowton had moved to Villa from his first club Sheffield United three years earlier. Prior to that move, he’d established himself in the first team at Bramall Lane who, by then, had dropped to League One, but not before he’d scored his first ever league goal in a 3-3 draw against us in October 2010.

Having signed for us, he suffered an injury in pre-season that forced us back into the transfer market for Tendayi Darikwa who had just had a really good game against us in a pre-season friendly for Chesterfield. Once fit, Lowton made a couple of substitute appearances before replacing Darikwa after a 1-0 defeat at Middlesbrough.

He didn’t miss a game for the remainder of the season as we returned to the Premier League and he was first choice there too for the first season. He then had competition from Phil Bardsley but remained generally first choice until losing his place to Connor Roberts just under a year ago.

The two shared right-back duties for the remainder of the season with Lowton making his final appearance of the season back at Villa Park, coming on late in the game for Maxwel Cornet and being harshly sent off by referee Paul Tierney a few minutes later.

He was still suspended as the 2022/23 season kicked off but new manager Vincent Kompany said publicly that he wouldn’t be getting too many minutes and that’s proved to be the case with his only appearances coming in the League Cup ties against Shrewsbury and Crawley with Roberts and Vitinho generally sharing right-back duties.

He’s played over 200 league and cup games for us, scoring three times including that goal of the season volley at Crystal Palace two seasons ago.

Matt Lowton has proved to be another good signing by our club and it’s hard to believe that he only cost us around £1 million. We wish him the very best at Huddersfield.