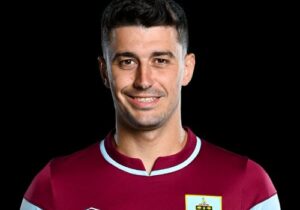 The new season is just two days away and this afternoon Sean Dyche conducted his first pre-match conference of the season ahead of Saturday’s opener against Brighton & Hove Albion.

With the first early team news, he indicated that we’ve come through pre-season with no injury issues other than Kevin Long and Dale Stephens who have been ruled out since before the end of last season. There was good news though with Matt Lowton available having missed last Saturday’s friendly against Cádiz due to having to isolate because of a family member.

There was no news to add about any possible further signings this window and he was somewhat cagy when asked about Aaron Lennon who he said was fit and well and training with us. He did add that Chris Wood, who returned a week ago having played for New Zealand in the Olympics was ready to go.