Luke O’Neill back in league football 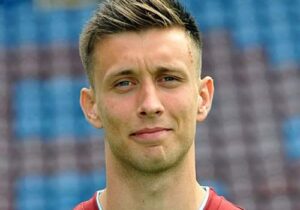 Former Burnley full back Luke O’Neill has returned to the Football League this week having signed a contract with League Two club Stevenage, believed to be until the end of the season.

Having previously been with Leicester, we signed him from Mansfield in the summer of 2012 although most of his football during three years at Turf Moor was on loan. He spent time with York, Southend, Scunthorpe, Leyton Orient and then back at Southend while making just one substitute appearance for us in the final game of the 2012/13 season when he came on for Kieran Trippier in stoppage time.

Since leaving Burnley, he’s had two year spells at all of Southend, Gillingham and Wimbledon but on his release from the Dons last summer he moved to Kettering where he’d been on loan early in his career.