Former Claret Matt Taylor has today been appointed as the new head coach with League Two club Walsall, replacing Brian Dutton who had been in charge since Darrell Clarke moved to Port  Vale in February.

Taylor had a short spell as caretaker boss at Swindon, his final club as a player, before leaving two summers ago. He’s since been with Spurs since summer 2019 as under-18 coach and the academy manager at Spurs, Dean Rastrick, said today: “Matt has been first class during his time with us, combining his tremendous professionalism, integrity and passion for the game with a real desire to help nurture and improve our young players, to the point that several players he has worked with have been able to make their debuts for the first team in the last two seasons.” 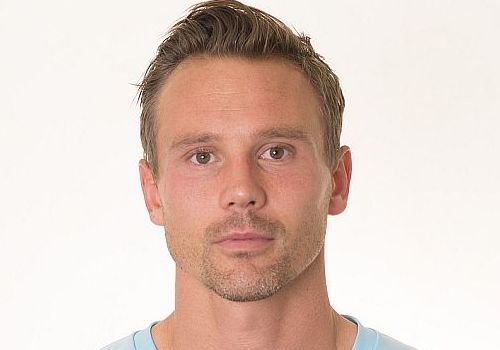 Over at Walsall, he’ll move there in 1st June and Taylor said today: “I am very happy to join the club. As with a lot of things in football they move fast and this is no exception. I’m extremely honoured to be given the opportunity to be head coach of Walsall and I’m really excited. ”

He added: “One thing I can guarantee to all supporters is their team will always give 100 per cent on the pitch because as a player I was always that way and as a coach I’m always that way, and therefore I expect the players to reflect that.”

Taylor was a Burnley player for two seasons. The first of them, 2014/15, was badly affected by an achilles injury and in the following season he featured rarely although his set pieces in the games at Brighton and at home to Middlesbrough, when he came on as a substitute, proved vital.

He now joins four other ex-Clarets who are Football League managers. In League Two he’ll be coming up against former Burnley team mate Joey Barton who is at Bristol Rovers while Derek Adams remains at Morecambe. He could be moving up a division via the play-offs or alternatively, according to speculation, could be set for a move to Bradford City.

One division up in League One, Michael Duff is going up with Cheltenham having won League Two and he will join Paul Cook who recently replaced Paul Lambert at Ipswich.