McNally signs in from Oxford

The 22-year-old Irishman, from Enfield in County Meath, has enjoyed just a year and a half in English football having previously played his football in Ireland. He was with St. Patrick’s Athletic for four years from 2017 to 2021, spending the 2019 season on loan with Drogheda United. 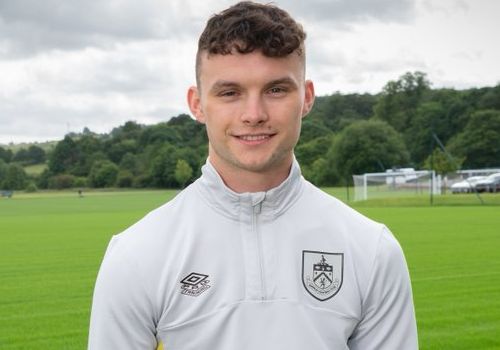 He signed for Oxford close to the end of the January transfer window in 2021. At the time, Oxford manager Karl Robinson said of him: “He’s a good size, he uses the ball well and there were a lot of clubs interested so we are happy that he sees Oxford as a club where he can come over to England and hopefully continue to develop. He has been playing senior competitive football regularly and that has really helped him get used to the physical side of the game. He’s raw, perhaps, but he’s another we feel will go on and do really well for the club.”

He didn’t feature in Oxford’s first team during the second half of the 2020/21 season but quickly made a debut at the start of last season, starting the League Cup tie at Burton in August which Oxford won on penalties after a 1-1 draw.

Three days later, he was in the Oxford side that beat Charlton 2-1 in the league. He’s gone on to make 35 appearances for Oxford, thirty of them in the league. He also scored four league goals, against Fleetwood and Ipswich in the home games against them and in both games against Portsmouth. He also got on the wrong side of referees Sam Allison and Christopher Pollard who both sent him off in Trophy ties.

Oxford have made a habit of selling defenders with one leaving in each of the three previous summers. Curtis Nelson joined Cardiff in 2019, with Rob Dickie moving to QPR in 2020 and Rob Atkinson signing for Bristol City a year ago.

McNally, who had two years remaining on his contract at Oxford, showed great potential in his first season according to reports in their local press and that’s what’s helped earn him a move to a higher division.

He’s now joined the Clarets ahead of the 2022/23 season and he said on completing the move: “It’s unreal to be here, I’m absolutely buzzing and so glad to have got the move done. It’s all happened so quick really, I just can’t wait to start now and I’m really excited.”

He’s Vincent Kompany’s second signing since becoming Burnley manager and he said: “Luke is a young player, he’s good on the ball, wins his challenges, and knows how to defend. We are delighted he is now a part of our squad. We are pleased to welcome him to our club, he has shown all the qualities we were looking for in a central defender, and we are looking forward to working with Luke.”

Karl Robinson, manager of Oxford, said on losing his defender: “Luke had been a credit to himself and his family. It’s not always easy to make the adjustment from part time football to playing and training every day but he made that step up very quickly and I think the fans could all see the potential he has. Burnley are a terrific club and we wish him well.”