Michael Duff left his first managerial role at Cheltenham earlier this week with his club reporting that he wanted to take an opportunity elsewhere.

He’d been linked with both the Barnsley and Blackpool jobs but by then Barnsley looked the destination and so it proved with him being confirmed as their new manager today, replacing Poya Asbaghi who departed when their relegation to League One was confirmed. Duff becomes the club’s first British manager since Paul Heckingbottom walked three days after signing a new long-term deal in February 2018. 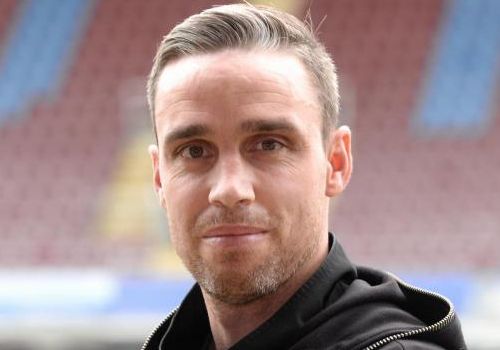 His move keeps him in League One where last season he took Cheltenham to their highest ever position of fifteenth. On his retirement as a player at Burnley, he was under-18 coach for a season and then moved up to the under-23s. Early in the next season, 2018/19, he accepted the role of Cheltenham manager, replacing Gary Johnson who had departed around three weeks earlier.

It was a struggle at first, he didn’t get a win in his first nine games, eventually winning 3-0 at Notts County. For a time it looked as though he might take them out of the league, but they recovered to finish sixteenth.

A fifth place finish in the next season saw them reach the play-offs. They won 2-0 at Northampton on the first leg of the semi-final but then blew up in the home leg, losing 3-0. Undeterred, the next season was even better; they won the league which led to last season’s record breaking season in League One.

Announcing his departure from Cheltenham, chairman David Bloxham said: “Obviously it’s a disappointing day for Cheltenham Town as Michael has done such a tremendous job for us but he leaves with our very best wishes for the future.

“Michael made it clear to us that it was a very difficult decision for him. We did all we could to try and keep him at the club but ultimately this new opportunity is one that he feels is right for him at this stage of his career.

“I know it would not have been an easy decision to arrive at because Michael has built up a very special bond with our club and his family all live locally so it will be a big wrench for him to leave but as an ambitious young manager, we completely respect his decision.”

Duff, who will hold the title of head coach, said today: “I’m really looking forward to it. It’s taken a little bit of time to get things done and box things off but now I’m here, in the stadium, wearing the kit, I can’t wait to get going now and meet the players. The opportunity came around to manage a club the size of this, I’m ambitious, I want to progress. I just saw it as the next step, and I think me and the club can work hand in hand to hopefully move forward again.”

Duff is held in great esteem at Cheltenham just as he is at Burnley, his only two clubs. I’m sure some media outlets will report, given that it’s Barnsley, he is returning to a former club.

But we wish him all the very best in his new role, a bigger club than Cheltenham who will expect to be challenging at the top end of League One.