The trip to West Ham last Easter seemed different and it was. For the first time since we’d been hammered 4-0 at Cardiff in October 2012, we were playing a game without Sean Dyche as manager.

The baton, for one game only, had been passed to interim under-23 coach Michael Jackson as Alan Pace searched for an interim manager to take us through until the end of the season. As it happened, the search wasn’t successful and Jackson remained in charge for all of the final eight games of the season.

Jackson’s was a daunting task. Somehow we had to pull back four points on Everton to avoid the drop. Watford and Norwich were below us but Leeds, the team above Everton, were nine points ahead of us. 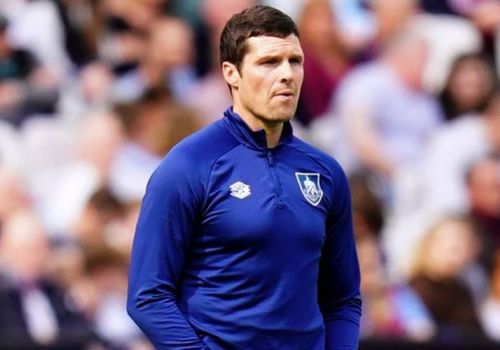 His first game at West Ham won us a point from a 1-1 draw but it was the day we lost Ashley Westwood to a serious injury after he and Jack Cork had been preferred to Josh Brownhill in midfield. Even so, it was a game that we should have won. At 1-0 up, courtesy of a Wout Weghorst goal, Maxwel Cornet missed the target from the penalty spot. West Ham went on to equalise. The chance to reduce the deficit on Everton, who had been beaten two days earlier, to one point was lost but we were now just three points behind.

The next two weeks gave us a big chance. Both Southampton and Wolves were beaten at the Turf in the first of those weeks and that lifted us out of the drop zone. We were now two points ahead of Everton and two points behind Leeds but had played one more game.

One week on and Burnley fans were singing of Super Michael Jackson after a third successive win. In fairness, for much of our game at Watford, we’d been no better than in Dyche’s final game at Norwich. Cork and Brownhill were the heroes; both scoring late to turn round a deficit and to a 2-1 win. The reaction in the dug out and in the stand was euphoric and then came the look at the league table. We were now above Leeds on goal difference and held a five point lead over Everton who did have two games in hand.

Were we celebrating too soon? The crowd reaction at Vicarage Road would have had you believe that we had reached safety. As it happened, to avoid the drop, we were going to have to pick up a further four points from the final four games. Unfortunately, it didn’t happen. The remaining home games against Aston Villa and Newcastle both deservedly ended in defeat. Away from home, we were somewhat unfortunate. A VAR penalty award gave Spurs a win against us and there were some bizarre decisions in the return game at Villa that left us with our only point from those four games. It meant Leeds finished three points ahead of us and Everton a further point away.

There can be no criticism of Jackson at all. We looked doomed when he took over but he seemed to lift the players, certainly for the first four games, but it was always going to be a difficult task. Eventually, he saw us through to eleven points from the eight games he was in charge but, ultimately, he’d been left with too much to do.

Having stood down, he didn’t revert back to the under-23 team (now under-21) but became a part of new manager Vincent Kompany’s backroom team as a defensive coach.