It’s a second defeat in the Premier League Cup for Burnley after Middlesbrough beat us 2-1 this afternoon at Curzon Ashton to all but end our interest in the competition this season. 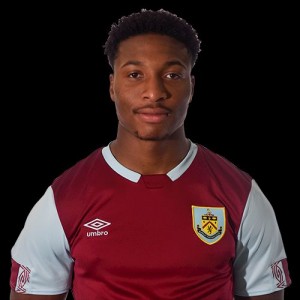 The visitors, who got a very fortunate draw against us earlier in the season with a disputed penalty, won a spot kick again midway through the first half but Lukas Jensen, who is gathering a reputation similar to his namesake when it comes to penalties, saved another to keep things level.

But O’Neill have ‘Boro the lead right on half time and the same player doubled that lead early in the second half. We did pull a goal back close to the end when Ali Koiki (pictured) netted from the spot after a foul on Jimmy Dunne but today’s defeat means we can’t win the group and leaves Middlesbrough in second place with five points more than us which means we would need to win both of our remaining games while Middlesbrough would need just a couple of points.

The Burnley team again included four members of the under-18 squad with another three coming on during the second half as substitutes.