Vincent Kompany has returned to his former club Anderlecht to make his sixth Burnley signing and bring Josh Cullen to Turf Moor on a three-year deal for an undisclosed fee.

Irish international Cullen has been at Anderlecht for the past two years but started his career with West Ham. Like many young players from Essex, he joined up with the Hammers as a nine-year-old and progressed through their junior teams and ultimately to the first team although his opportunities at the London Stadium were limited. 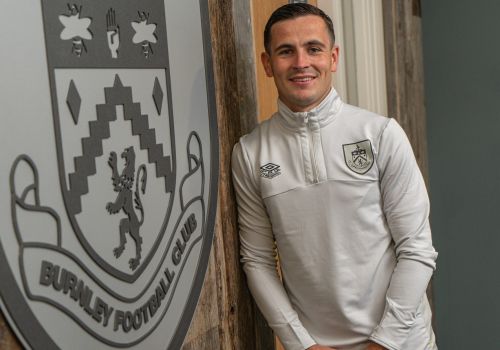 Having reached the Europa League qualifiers in 2015, he played three times in those qualifiers. He’d already made the bench in the previous season in the Premier League and in late August he was given his opportunity although it was as a late substitute for Diafra Sakho in an astonishing 3-0 win against Liverpool at Anfield.

He didn’t feature again for West Ham in the 2015/16 season and spent the second half of it on loan at Bradford City for whom he made fifteen League One appearances. He was a huge success at Valley Parade and that led to the Bantams taking him on loan again for the entire 2016/17 season.

The 2017/18 season saw him move into the Championship during a loan with Bolton but he returned to West Ham in January and went on to play in three FA Cup games for them before adding two more Premier League substitute appearances, again, however, very late introductions.

The proved to be his final appearances for West Ham. He spent the next two seasons on loan at Charlton. The first of them was interrupted by a shoulder injury but he was otherwise a regular and played in their League One play-off win at Wembley against Sunderland. That took him and Charlton into the Championship for the 2019/20 season.

Back at West Ham in the summer of 2020, his career took an unexpected turn when he was signed by Anderlecht where again he has had a successful time, captaining the side very early in his career there. Peter Verbeken, the sporting director at Anderlecht, described him as a true team player known for his winning mentality.

Although he played for England as an under-16, it was the Republic of Ireland he chose, courtesy of his grandparents on his father’s side. He played for them at both under-19 and under-21 level before winning his first full cap in September 2019 against Bulgaria.

He’s now represented Ireland on twenty occasions. He played all four games in their recent end of season fixtures; the only other outfield player to feature in all four was Nathan Collins who left Burnley for Wolves earlier today.

He received praise from his international manager Stephen Kenny who said: “That’s his sixtieth game this year. You wouldn’t have thought it. Sixty games and he’s still relentless. He’s become a key part of our team now and all credit goes to him.”

At the time, it was reported that with Kompany having moved to Burnley, it left Cullen with a dilemma. It was said that it was unlikely he would follow because of him being far too good for the Championship.

He’s just had two outstanding seasons at Anderlecht and was always expected to move on. He has followed Kompany and Cullen is now a Claret. We have got ourselves a defensive midfielder for the next three years.

Cullen said having completed the move: “I’m really happy. It’s been something that’s been going on for a couple of weeks now, so I’m just happy it’s all done and dusted. I’m looking forward to the new season now. The season will come around fast now. I can’t wait to get the shirt on in some of the friendlies, and then the main event kicks off in a few weeks time.”

Kompany, who knows him well from Anderlecht, added: ““We are delighted to welcome Josh to the squad, he’s a hard-working and brave player, that will give everything for the team and the club. Josh is an intelligent midfielder, who is good on the ball and will help improve our side.”