Mixed fortunes for lads out on loan

There was a Football League debut for Josh Benson and a first game in the National League for Jordan Cropper on a day when the young players out on loan very much had mixed fortunes. 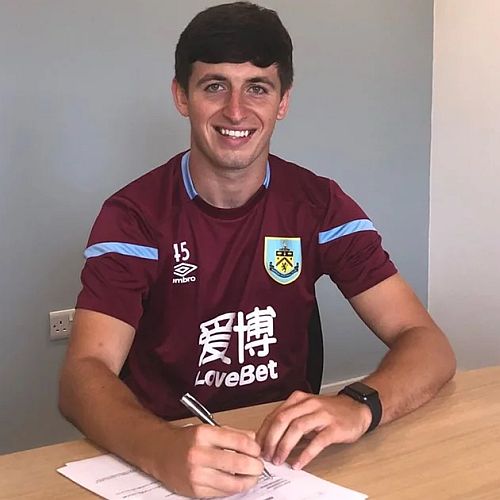 Benson came on as a substitute for Jake Hessenthaler in Grimsby’s 1-0 home defeat against joint leaders Exeter City on an afternoon when Anthony Glennon got a second full ninety minutes in for the Mariners. Manager Ian Holloway was delighted with his team’s performance and again Glennon stood out with the Grimsby Telegraph reporting: “Town look like they’ve got a real find in Glennon. Never looked flustered out on the left and has slotted in perfectly. Again, for a second week, the newspaper gave him the highest rating.

Over at Oldham, having come on as a substitute last week, Christian N’Guessan got a full ninety minutes in a 1-1 home draw against Carlisle and it was full games too for Morecambe pair Ryan Cooney and Adam Phillips. It wasn’t a good day though, they were beaten 4-1 at Northampton although Phillips did score the Morecambe goal and that’s two goals and two assists now in three games.

Jordan Cropper was finally able to get on the pitch for Chesterfield in the National League and they had an excellent 2-0 win at Eastleigh which has taken them within a point of climbing out of the relegation positions. Cropper played at right back and helped them keep a clean sheet and caretaker manager John Pemberton said: “I thought for his debut he did really well. He put some great crosses in.

“When you put young players in you always wonder how they are going to respond and he responded really well. You can see what his strengths are. He doesn’t get flustered and he’s got a good temperament.”

Scott Wilson and Tunde Bayode are both in National League North. Wilson is at Blyth Spartans but their game at Telford was called off. Bayode was in the Curzon Ashton side that beat Farsley Celtic 4-0 at the Tameside Stadium with Bayode scoring the final goal.

Will Harris, meanwhile, was not involved with Warrington Town today against Stafford Rangers having played for our under-23s yesterday against Barnsley.