Three players, Ethan Kershaw, Jamie Thomas and Jordan Barnett, who have all played for the club at under-18 or under-23 level in recent years have all joined new clubs in the last week.

Kershaw (pictured below) is the youngest of the three. He completed his two year scholarship at Burnley between 2017 and 2019 before leaving and moving into non-league football. Three days ago he signed for Atherton Collieries and he went straight into their squad for that day’s friendly at Annan Athletic. In a 1-0 defeat, he was introduced as a substitute on the hour. 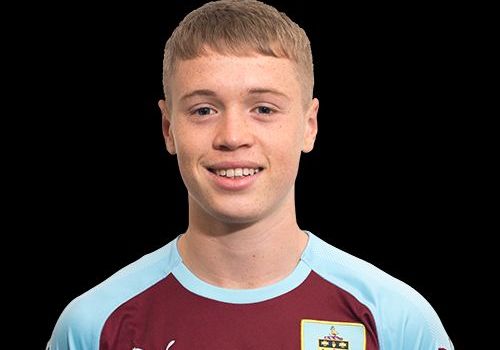 Not only has Thomas, like Kershaw, made a debut for his new club but he’s scored on that debut too. Jamie Thomas signed for our under-23s from Bolton in 2016 but eventually, after a short lived return to Bolton, went into non-league with AFC Blackpool. Last week he signed for Bamber Bridge and made his debut last Saturday in a 1-1 draw at Barnoldswick, scoring the Brig goal.

Finally Barnett who has signed for Yeovil Town after an interesting 2020/21 season that saw him make a Football League debut. He wasn’t with Burnley long having signed from Penistone Church but on his release he signed for Barnsley and became a regular in their under-23 team.

Last summer he moved to Oldham and went on to make 17 League Two appearances for them until he moved on to Notts County on 1st February. Twelve National League appearances for County, all starts, followed and he also played in the play-off defeat at Torquay last month.

Barnett said on completing his move to Huish Park: “I’m delighted to get the deal over the line. I’ve been talking with the club for about a week now, so I’m just delighted to get down here and see the facilities which are really nice.

“As soon as Darren (Sarll, the Yeovil manager) saw I was available, he rang my agent. The goal I scored against Yeovil last season has helped me a lot, and he really likes me as a player. I’m more of an attacking left-back than a defensive left-back, but that doesn’t mean I don’t like to get my foot in as well, I love a tackle.”

Up the Clarets wishes Ethan, Jamie and Jordan the very best at their new clubs.