League wins against Carlisle, Wrexham and Walsall and Burnley followed that up in 1991 with an Autoglass Trophy win against Blackpool at Bloomfield Road.

It was reported that a decision by Secretary of State for Health, Mr William Waldegrave, had brought both delight and dismay to Burnley. Waldegrave had approved Burnley Health Care’s bid for Trust status and it really did get a mixed reaction. “A nail in the coffin,” said some whilst County Councillor Mrs Louise Ellman said: “It’s a sad day. This is a clear indication that the Government is hell bent on breaking up the National Health Service.” 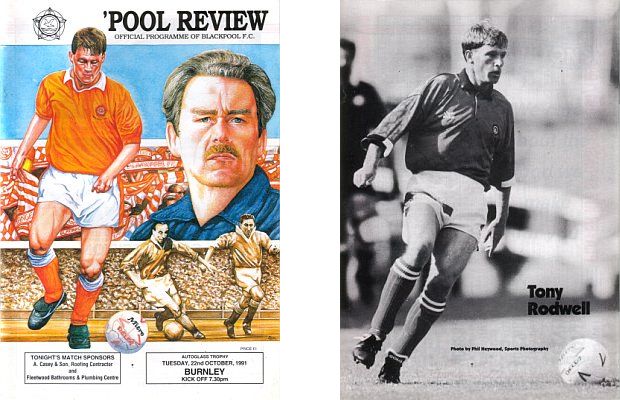 Staff unions asked why they hadn’t listened to the people whilst local MPs said celebrations from the Burnley Health Care United were an insult to Parliament. Not everyone was dismayed. Prospective Conservative candidate for Burnley, Mrs Brenda Binge, said it was the best thing and Health Authority chief Mr James Rawson described the news as “Simply the Best.”

The courts had been dealing with a worrying trend of robberies from shops and two people received bravery awards. PC Ken Inkle was one of the two. He had interrupted a robbery at Burnley market when a masked man threatened a shop assistant with what appeared to be a gun in a plastic bag. And a second award went to Mr Abid Pervez who lunged at a man with a revolver who was robbing his Colne Road shop, grabbing the gun from him. Mr Pervez celebrated his award as the gunman went down for two and a half years. Two gun wielding raiders got four years after targeting Mr Anil Patel’s shop in Briercliffe Road. One of them pointed his gun at Mr Patel’s chest. Asking for other offences to be taken into consideration, the pair got four years each.

Spare a thought for Mrs Beverley Leach. She awakened to find neither her husband David, nor her youngest daughter Toni-Anne in the house. She assumed they had gone for a walk but as the day went on and they hadn’t returned she became worried. She was right to be worried too. She eventually called the police and quick investigations confirmed that David and Toni-Anne had departed for Canada that morning.

Still, it wasn’t all bad news in town. There was big news at the Keirby Hotel when they won a big award. Was it for architectural elegance? I am sure you must have been asking. It wasn’t, but the award was in recognition of their high coffee standards. They received a plaque and a set of engraved cafetieres.

Major Adrian H Coles, founder of the British Hedgehog Preservation Society, wrote to the Burnley Express warning of danger ahead. He said there had been a distinct shortage of slugs and worms and as such it was placing the hedgehog population in danger. He asked people to leave out water for them and a little dog or cat food. I’m somewhat delighted I didn’t follow his instructions 30 years ago; I get enough unwanted cats in my garden as it is. As for slugs; he should have called round, I have plenty of them.

Tuesday night, and it was a trip to Bloomfield Road. The league games against Blackpool, another club who fell in the play offs at the end of the previous season, weren’t until after the New Year, but we’d been paired in the Autoglass Trophy. Jimmy Mullen shuffled his pack. Out went both full backs Paul France and Ian Bray who had played in the previous games. Ian Measham returned at right back whilst Joe Jakub dropped into an unaccustomed role at left back allowing John Francis to return to the starting eleven. There was also a boost with the return of Mike Conroy via the bench.

Burnley won the game 3-1 1and Edward Lee in the Burnley Express reported: “Burnley gave themselves and their fans the biggest lift of the season so far, They brushed Blackpool aside in a manner which was so professional it was almost nonchalant.”

The competition had seen Burnley grouped with Blackpool and Doncaster, with the Doncaster game to come the following month at Turf Moor. This win gave the Clarets a big chance of reaching the knock out stages and the win was even the more remarkable in that we had to come from behind. Mullen had said that he likes a side capable of soaking up early pressure and then stepping up a gear and this is exactly how this game went.

Blackpool got into gear from the off. Favourites, they threw everything at Burnley and went in front with just 16 minutes on the clock when Tony RODWELL found himself unmarked in the box and side footed the ball home. Nothing changed after the goal either. Blackpool remained on top for the most of the first half and things weren’t looking too good for the Clarets. Then it all changed. From the 32nd to the 41st minutes, we hit them with three goals to take the game beyond them.

The first came when Graham Lancashire headed the ball down for former Blackpool midfielder John Deary. He mis-hit his shot but FRANCIS was on hand to blast the ball home. From there it took only four more minutes to take the lead. Steve Harper started it with a great through ball for Lancy. He cut the ball inside for the surging Roger ELI who smashed a shot into the net off the underside of the bar.

It was um-ba-ba time for the Burnley fans by now. Steve McIlhargey stopped Lancashire from scoring but there wasn’t a long wait for goal number three. Harper and Deary went forward but it looked as though full back Alan Wright, who was being watched by Blackburn boss Kenny Dalglish, would force Harper to put the ball out of play. Harper was too quick thinking. He dragged the ball back for Deary who crossed the ball for ELI to side foot home for his second.

The game was won, and Burnley made sure of it. After the break it was a professional performance. Blackpool won several corners but so well did Burnley defend that the home side never looked as though they might get back into it and the game finished with the Clarets fully deserving the 3-1 win.

After the game, Mullen praised his players, as much for their discipline against a very physical Blackpool side. He also had more words of praise for his young forward Graham Lancashire. He might not have scored this time but he had an outstanding game and the manager said of him: “For one so young to cope with so much in the way he did shows what sort of professional he is. His real answer would have come if he had scored a goal, but he played another great game for us.”

Burnley were now set for league action again and another away trip, this time to Lincoln who were fifth from bottom of the Fourth Division. Sad news was to hit Burnley fans before they kicked off again as they looked to push back towards the top of the league.

The teams at Bloomfield Road were;