Mullen swoops on deadline day but no new goalkeeper

Burnley supporters sat waiting for news on a new goalkeeper on transfer deadline day but were ultimately disappointed although manager Jimmy Mullen did pull off one surprise signing. 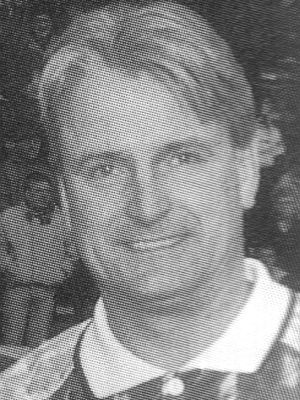 The surprise was the eleventh hour capture of attacking midfielder or striker Robbie Painter from Maidstone, who would be visitors to Turf Moor two days later. The 21-year-old looked an astute acquisition for a £25,000 fee having joined Maidstone in the previous summer from his first club Chester for £30,000. He’d already played 114 league games for his two clubs having made his league debut for Chester in November 1987, aged just 16.

The chase for a new goalkeeper ended in failure. There was one last attempt to try and get Nicky Walker back, either permanently or on loan, but Hearts issued a clear no which meant we turned our attentions to Arsenal reserve team goalkeeper Allan Miller who had just returned to Highbury after successful loans earlier in the season at West Brom and Birmingham.

This was set to be a permanent move and everything was agreed between the two clubs and the player; Burnley looked as if they had got their man only for family issues to call the deal off. Mullen explained: “Allan’s mother is in hospital in Bournemouth and she took a turn for the worse on Wednesday. He wanted to stay near her and I fully understand that.”

That left us with just over a day and we quickly put in a six figure bid for Halifax Town’s Lee Bracey. He’d only been there a matter of a few weeks and manager John McGrath was having none of it. That was it, there was no new goalkeeper and Chris Pearce, who had come back in at Barnet, would now be first choice again.

“I have no doubts about Chris’s abilities,” Mullen said. “He has come in and played very well for us and he showed what he can do on Tuesday (at Barnet). He has done very, very well for Burnley Football Club while he has been here and I am sure he will carry on to do well for us.”

That was it. There would be no further signings permitted to play for the remainder of the season. The Football League’s transfer deadline had passed. Burnley had nine games remaining. Could this be the season when we finally got out of the Fourth Division after seven long years?

« Jordan Cropper back in football at Grimsby
New dates, times and venues for two home under-23 games »