Mumbongo is latest to get extended stay 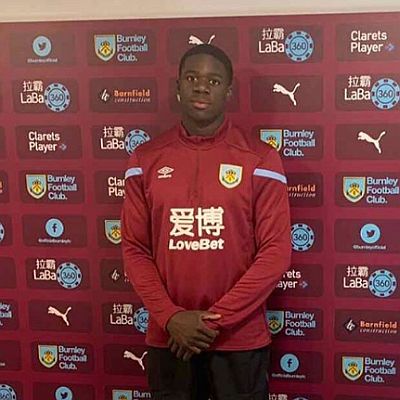 It’s been a busy month so far off the pitch for the under-23s with players leaving on loan, a new player coming in and contracts being extended and there is further news today with Joel Mumbongo having signed a new deal.

Swedish striker Mumbongo arrived in pre-season from Italian club Hellas Verona and, despite an early injury, he impressed enough to win a deal until the end of this season and now, as was the case last week with Danish goalkeeper Lukas Jensen, he’s been rewarded with a new contract until the end of next season.

The 20-year-old said on completing the deal: “I’m extremely happy to get this over the line, it’s a great club to play for and I have really enjoyed my first six months here. Getting my future sorted is a huge relief for me, although that doesn’t mean the hard work stops. I must carry on working hard and training hard every single day.

“I am very happy here, I’m with a great squad and it’s a very good club with great facilities and everything is going well, so it’s amazing for me.”

Mumbongo has scored three times for the under-23s with all three goals coming in November. He scored against AFC Fylde in the Lancashire Senior Cup and then netted a brace in the next league game against Crewe.