Swiss born Muric played junior football for three Swiss clubs before joining Manchester City seven years ago as a 16-year-old and has graduated to the first team squad although his only first team action for City has come in five League Cup games. They all came in the 2018/19 season when he lined up against Oxford, Fulham and Leicester before playing in both legs of the semi-final against Burton. The only goal he conceded was in a 1-1 draw against Leicester when Marc Albrighton equalised in a game City won on penalties. 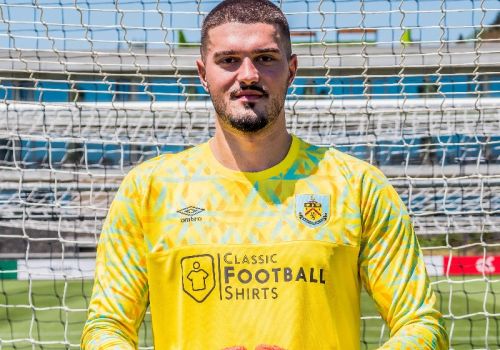 By then he’d had the shortest of loans. In July 2018, he joined Dutch side NAC Breda on loan, where Jelle ten Rouwelaar was goalkeeping coach. He kept a clean sheet on his debut against De Graafschap but four days later was recalled by Manchester City after Claudio Bravo suffered an injury.

There have been four loans since. The first of them at Nottingham Forest was unsuccessful. He started in the first team but lost his place after four games and didn’t play again other than in a League Cup game they lost 5-0 at Arsenal.

Two seasons ago he went out on loan, firstly to Girona in Spain and then back to the Netherlands with Willem II and last season joined Adana Demirspor in Turkey on a season long loan.

Although Swiss born, he played twice at under-21 level for Montenegro before opting in 2018 to play for Kosovo for whom he now has 27 caps.

With both Nick Pope and Wayne Hennessey having said farewell, the goalkeeping group needed strengthening and it’s a welcome to Arijanet Muric.

Muric said having completed the move: “I am very happy to be here, I can’t wait to meet my new teammates now and begin training. I’m 23 now, so I feel it is the right time to move on and I’m looking forward to the new season.”

Vincent Kompany said: “We’re delighted to welcome Arijanet to the squad, he’s a player who has made great progress over the last few years and we’re hoping he can continue that here at Burnley Football Club. He’s a tall and strong goalkeeper with lots of qualities, that will be a nice addition to our team of goalkeepers.”