It’s transfer deadline day today but before it all gets moving, there has been news in recent days of two former Clarets who have moved to new clubs, one on loan and one permanently. 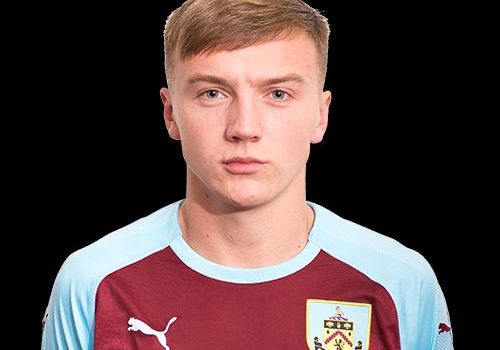 Dan Moss (pictured) was a scholar at Burnley between 2017 and 2019 before moving to Millwall. He’s now in his third season there but he moved to Yeovil on a youth loan last Friday and has already played twice for the National League club.

He made his debut as a substitute last Saturday, coming on with them 1-0 up at home against King’s Lynn Town, a game they went on to lose 2-1. Yesterday, he played the full game at Aldershot, this time Yeovil winning the game 2-1.

Because of the terms of his loan, he will also be available to play for Millwall at under-23 level in the Professional Development League,

Yesterday, Luke Hendrie moved back into the Football League having signed for Hartlepool having left Grimsby at the end of last season.

Hendrie, whose dad played for a number of clubs most notably Bradford City and Middlesbrough, signed for Burnley from Derby in the summer of 2015 and was with us for two and a half years during which time he enjoyed loans at Hartlepool, his new club, Yok, Kilmarnock and Bradford City.

He moved to Shrewsbury in January 2018 but by the summer was on his way to Grimsby where he was a regular first team player for three seasons.

Pools’ manager Dave Challinor was delighted to sign him and said: “He has some great experience having played in the Football League over the last four to five years and he brings quality in his versatility.

“Luke is a great asset for this team. Hopefully, over the next four months we don’t need to make huge changes through injuries but bringing Luke in is an extra body who brings real quality.”