Two young players, both of whom spent just one year in our under-23 team have been on the move in non-league football with one of them linking up with Sean Dyche’s son Max ahead of the new season. 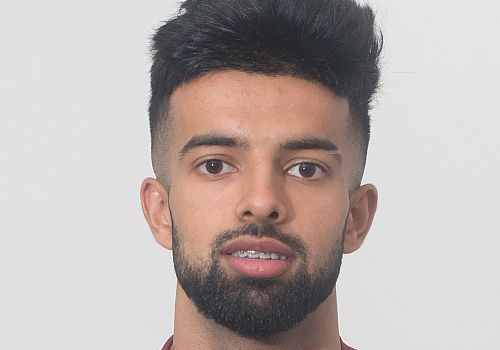 Last week we heard that midfielder Rahis Nabi had moved from Alvechurch to Redditch United. Nabi was signed from West Brom four summers ago when we moved into the Professional Development League. He was a regular that season but was released after just one year.

Since leaving Burnley he’s been capped at full international level by Pakistan and is looking to step up his football again. He said: “The coaching staff is what I need to keep pushing and enjoy football again. I’ve enjoyed every minute and I hope it can stay like that.”

Central defender Ed Cook arrived at Burnley just before Nabi left. He arrived as a trialist towards the end of the 2017/18 season along with the recently sold Josh Benson. He scored the only goal in a win against Crewe and won himself a one-year deal but was released at the end of that following season.

He’s been training this pre-season with Kettering Town having been playing for Hampton & Richmond. He’s not the only new signing there either. Manager Paul Cox has acquired the services of young Northampton defender Max Dyche. Cobblers’ boss has sent him out to get some regular first team football.