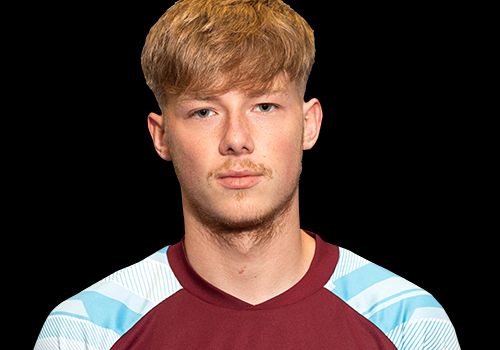 The under-18s, having drawn 1-1 last Saturday against league leaders Blackburn Rovers at Gawthorpe, were scheduled to play the same team tomorrow in the return fixture at Brockhall.

The game was originally played on 4th December but with the Clarets leading 1-0 via a superb goal from George Walters (pictured), the game was abandoned due to a waterlogged pitch at our opponents’ training ground.

The game was quickly given a new date of 29th January but will now be played later in the season, on Tuesday, 12th April with a 1 p.m. kick off.

That leaves us without a game tomorrow with our next U18 Premier League fixture to come next Saturday and another tough game away against second place Liverpool who have beaten us twice previously this season, once in the league and then in the FA Youth Cup.

The Under-18s fixtures can be found within U23/U18 Stats on the top menu.