Central defender Bobby Thomas has today signed a new three-year deal with the Clarets having been involved with the first team squad during pre-season. 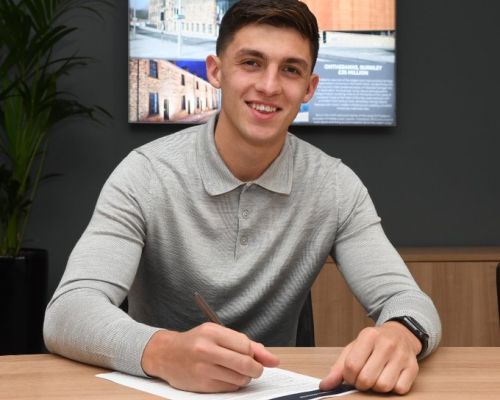 Now 20, he said: “It’s something you work towards since you are a young kid. To sign a long-term deal at an established Premier League side is a nice feeling. It’s an important step, that transition from coming out of the 23s, hopefully into a first team environment, whenever that may be, which will be a nice reward for working hard and all the sacrifices.

He’s been with Burnley for four years and just under a year ago made his one first team appearance so far when he lined up alongside Jimmy Dunne in the League Cup tie at Millwall and had a terrific game, helping is keep a clean sheet in a 2-0 win.

He subsequently joined League Two side Barrow on loan and was an influential player in their move away from the bottom of the league. “I really enjoyed my time there and I felt like I learned loads,” he said. “It kind of modelled me into a different player because I didn’t really have the experience. I feel like I do now from just one loan.”

Thomas hasn’t gone out on loan this season thus far so will be expected to play some games in the under-23s while remaining part of the first team squad, certainly until such time that Kevin Long is fit.

Up the Clarets wish Bobby Thomas all the very best.