Lewis Richardson, who has missed much of this season with injury, has today penned a new deal that will keep him at Burnley for a further three years. 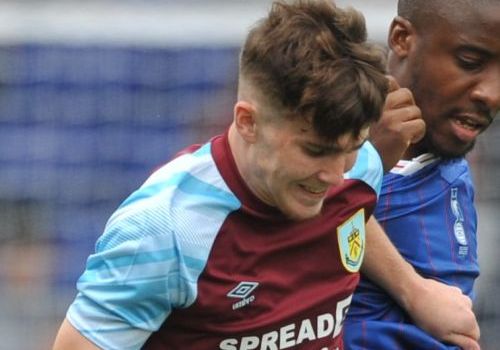 He made his Premier League bow last season as a substitute at Spurs and scored hi sfirst goal for the first team in a pre-season friendly at Oldham.

Lewis has now signed this new deal just over a week after his 19th birthday and said: “I’m over the moon to be staying here and now I have the opportunity to go and show what I can really do. I just need to push on now and get some games under my belt. The injury was a little setback but I’m past that now and ready to go again.”

Manager Sean Dyche said today: “Lewis is a very good young player who has progressed well over the years and is still developing. He’s coming off the back of a long injury, but we’ve been working close with him and we look forward to continuing to work with him.”

He caught the eye when he scored five times in an under-18 game against Crewe when aged just 15. Three months later he scored a hat trick for the under-23s, scoring the first two with his first two touches having come on as a substitute.

It was good to see him back in action last Friday for the under-23s and we now wish him well in his hopeful progress to the first team.