New deals for academy players as others leave

Somewhat later than in previous years, Burnley have today confirmed which of their under-23 and under-18 players will be staying with the club and which will be leaving at the end of their current deals.

Looking at the under-23s, six of them have been offered new deals while seven others have had their contracts extended. Those to win new deals are goalkeepers Harry Allen and Lewis Thomas, defenders Ryan Cooney, who has been on loan with Morecambe throughout the 2020/21 season, and Richard Nartey, midfielder Ne-Jai Tucker and forward Max Thompson. 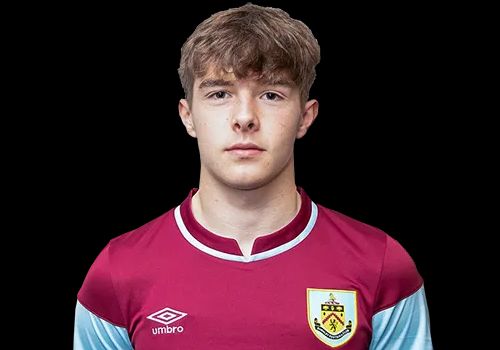 The players whose contracts have been extended are goalkeepers Lukas Jensen and Marc Richter, defenders Bobby Thomas, who has enjoyed the second half of the season on loan at Barrow, and Anthony Glennon, midfielder Adam Phillips, who has spent the season with Morecambe and Accrington, and forwards Rob Harker and Joel Mumbongo.

We are saying goodbye to seven other players. Full backs Jordan Cropper and Matty Rain both played at under-18 level and they will depart with Mace Goodridge who has had a difficult time with injury in his three years at Burnley. Also departing are four players signed last summer. They are Connor Barrett, Ismael Diallo, Marcel Elva-Fountaine and Arman Taranis.

At under-18 level it is congratulations to four players who have won their first professional deals. Midfielder Ben Woods has been at Burnley the longest, having joined us from Manchester United as an under-16. He’s joined in the professional ranks by Sam Unwin, who signed from Bury on their demise, and Manchester United pair Owen Dodgson and Calen Gallagher-Allison (pictured), both of whom signed during this current season.

Defender Matty Carson and midfielder Dylan Moonan have both been released. They have both been playing recently with Accrington Stanley and are expected to sign for the League One club ahead of next season.

Up the Clarets would like to congratulate those who have won new deals and wish the very best to those players who are leaving us. There are no surprises, or even shocks, for us this season having not been able to see the games during 2020/21.