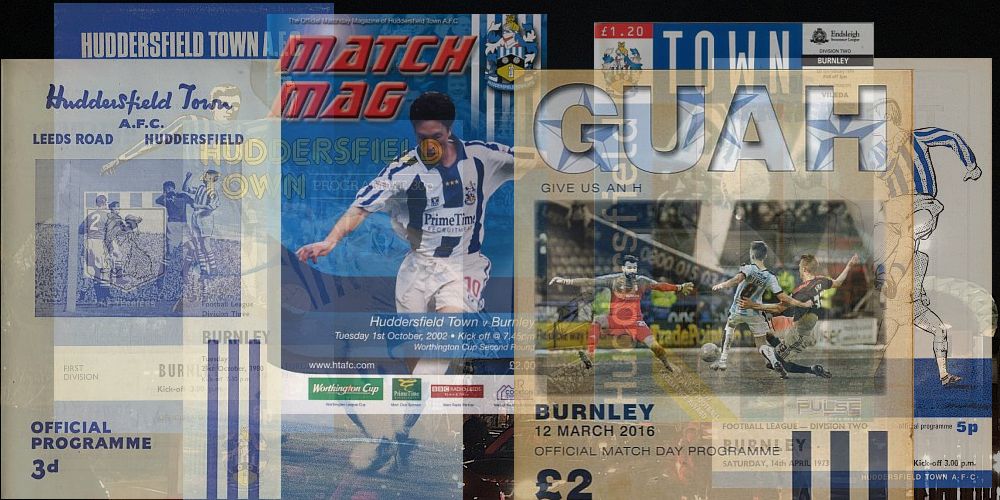 Burnley travel to face Huddersfield Town tonight to open the 2022/23 Championship season in front of the Sky television cameras.

Bill Shankly was once asked what his Liverpool team was for an opening game and he quickly responded with: “Same as last season.” That will very definitely not be the case for us tonight. From the team that was beaten by Newcastle on the final day of last season, all of Nick Pope, Nathan Collins, James Tarkowski and Dwight McNeil have all left the club, as have Wout Weghorst and Aaron Lennon, the two players who came on as substitutes.

I’ve never witnessed anything quite like this in a close season but other players have left too, players such as club captain Ben Mee, and at the latest count we have brought in nine new players, starting with MK’s Scott Twine on the final Sunday in June through to Vitinho who arrived as recently as yesterday from Cercle Brugge.

It might be worth listing them and with their squad numbers so we might know who’s who when the players take to the field tonight.

The other signing, the biggest of all of them, came on 14th June with the appointment of Vincent Kompany as our new manager. We’d been without a full time manager for two months following the sacking of Sean Dyche and had ended the previous season with Michael Jackson in temporary charge.

We’ve not had much opportunity to see Kompany’s Burnley in action. Strangely, we only played one public pre-season game, that at Shrewsbury two weeks ago today. It was a pleasing performance that night but, of course, pre-season wins are always reported favourably while anything but is always written off as being nothing more than a fitness exercise.

Kompany held his second press conference two days ago. As was the case with the first of them, he impressed but I do have to admit that I keep looking at him and wishing he was fit to play. Then, without a doubt, if he’s half as good a manager as he was a player, he’ll be an excellent appointment. We don’t know yet, we won’t know for a while, but the inside noise has all been very favourable.

Embed from Getty Images
Midfielder Josh Brownhill joked when on media duties this week that he’s gone from being one of the youngest players to one of the oldest, but he said of the pre-season: “It’s been a really good pre-season, obviously with a lot of change in everything, but it’s good. The lads have trained really well, and we’ve had some really good, tough, competitive games. Overall, we’re really pleased.”

Brownhill made his Championship debut while at Preston. It came in a 2-1 defeat at Brentford in August 2015 but after three early games that season he was back in League One, loaned out to Barnsley. But a move to Bristol City in the summer of 2016 meant regular Championship football; he made 145 appearances for them in the league before his move to Burnley.

He said on his return: “It’s relentless, just with games coming thick and fast. It’s pretty much Saturday – Tuesday for the majority of the season, so it’s going to be very difficult. The teams are very hard to beat so it’s never going to be easy. To come out of this division, you’ve got to have a really, really good season.”

I’d be very surprised should Brownhill not be in the starting eleven but, like everyone else, I really don’t have a clue what the team might be. When we played at Shrewsbury, we lined up initially: Bailey Peacock-Farrell, Connor Roberts, CJ Egan-Riley, Bobby Thomas, Charlie Taylor, Jack Cork, Josh Cullen, Josh Brownhill, Samuel Bastien, Jay Rodriguez, Ashley Barnes.

Since then, other new players have arrived and the manager reported two days ago that both Harwood-Bellis and Twine were available but also confirmed that Maxwel Cornet was not. He did say that Cornet would be integrated into the squad should he still be here next week but I think it would be a surprise should he play for us again.

Other than Cornet, the two players who definitely won’t play are Matt Lowton and Ashley Westwood. Lowton was so harshly sent off at Aston Villa, and having failed with our appeal against the red card, he still has two games of his suspension to serve. Westwood is still recovering from the injury that saw him stretchered off at West Ham.

So, it’s Vinnie Kompany’s Claret & Blue army tonight, if the chant from Shrewsbury is continued and we will face a Huddersfield team who themselves have gone through change since the end of last season.

We should never be shocked when a manager leaves a club but the resignation of Carlos Corberán was as close to it as you can get. He’d taken over at Huddersfield from Danny Cowley in the summer of 2020. They were fighting relegation in his first season in charge but eventually ended the season in 20th place, above Derby and the relegated three of Wycombe, Rotherham and Sheffield Wednesday.

With little expected last season, they won 82 points to finish third in the table and would probably have been playing Premier League football now but for some shocking refereeing decisions in the play-off final against Nottingham Forest. Forest have made that doubly worse by taking two of their players. Both Lewis O’Brien, once a Burnley target, and Harry Toffolo left on the same day.

Corberán was immediately replaced with under-19 coach Danny Schofield who had played for the club between 1998 and 2008, making over 250 league appearances for them. He and Kompany will be in charge for the first time tonight; we are two of seven Championship clubs under new management this season.

Embed from Getty Images
Huddersfield have also been busy in the transfer market this summer. They’ve brought in seven new players although, like our signings, it’s difficult to determine what effect they will have on their team. The new boys at the John Smith’s Stadium are Will Boyle (Cheltenham), David Kasuma (MK), Connor Mahoney (Millwall), Kyle Hudlin (Solihull Moors), Jack Rudoni (Wimbledon), Yuta Nakayama (PEC Zwolle) and Tino Anjorin (Chelsea). Anjorin (pictured above) is joining Huddersfield on loan having spent the second half of last season with them when he made seven substitute appearances and scoring the winner at Coventry from the penalty spot.

Again, as is the case with us, it’s impossible to predict any sort of line up but they were a team last season who showed that you don’t need a prolific goalscorer to have success at this level. A total of fifteen players scored league goals for them last season and leading goalscorer was Daniel Sinani, who was on loan from Norwich, and he scored just six times.

Our last Championship game at Huddersfield was back in March 2016. Stephen Ward opened the scoring for us with Sam Vokes doubling the advantage on the half hour. Joe Lolley, now at Nottingham Forest, pulled one back on the brink of half time but we still went in with a two goal advantage with Ben Mee scoring our third in stoppage time.

It was a sixth successive victory, and a fourteenth game unbeaten, for the Clarets who remained top of the league with nine games to go.

We’ve played there twice since, the most recent coming in January 2019 when both sides looked to be in serious relegation trouble. We’d just beaten West Ham but were still third from bottom with fifteen points, ahead of Fulham and Huddersfield who had fourteen and ten points respectively. Huddersfield had been beaten at Fulham in their previous game.

We couldn’t have known at the time that the second half of the season would bring us 28 points, the eighth best in the league, while Huddersfield would only pick up ten further points to end the season some twenty points from safety.

Embed from Getty Images
This was our first game of 2019 and Sean Dyche named an unchanged team which meant successive starts for youngster Dwight McNeil who had come in and done so well in the West Ham game which saw him score his first goal too.

For some time this looked very much a relegation battle with neither side looking too threatening but then we started to get on top, only to be stopped in our tracks with an opening goal for the home side just past the half hour. Tom Heaton, who had come back into the side for the West Ham game, and had inspired everyone, gave the ball away with a quick throw out. It found Isaac Mbenza who crossed for Steve Mounié to head home. It was new year and only their fifth home goal all season.

But the game quickly turned our way. Five minutes before half time we drew level. McNeil got the ball down the left, turned brilliantly to cross low for the impressive Chris Wood who was able to score with a left footed shot from close range.

Huddersfield were concerned about the influence McNeil was beginning to have on the game and a minute later he was brought down by Christopher Schindler who received a second yellow card to add a red card to his list for the night.

Huddersfield went all defensive in the second half, hoping to at least win a point. McNeil gave way to Robbie Brady just past the hour and he too was such an influence as Burnley dominated play although he didn’t play a part in the winner when it came when Ashley Barnes was eventually played in by Wood, leaving him with just the goalkeeper to beat. He made no mistake.

Right at the end, Brady was sent off, somewhat harshly by Mike Dean with even the Match of the Day pundits suggesting it was just a yellow, but we won 2-1 and climbed out of the bottom three.

« We are not a parachute team
Clarets win at Huddersfield »